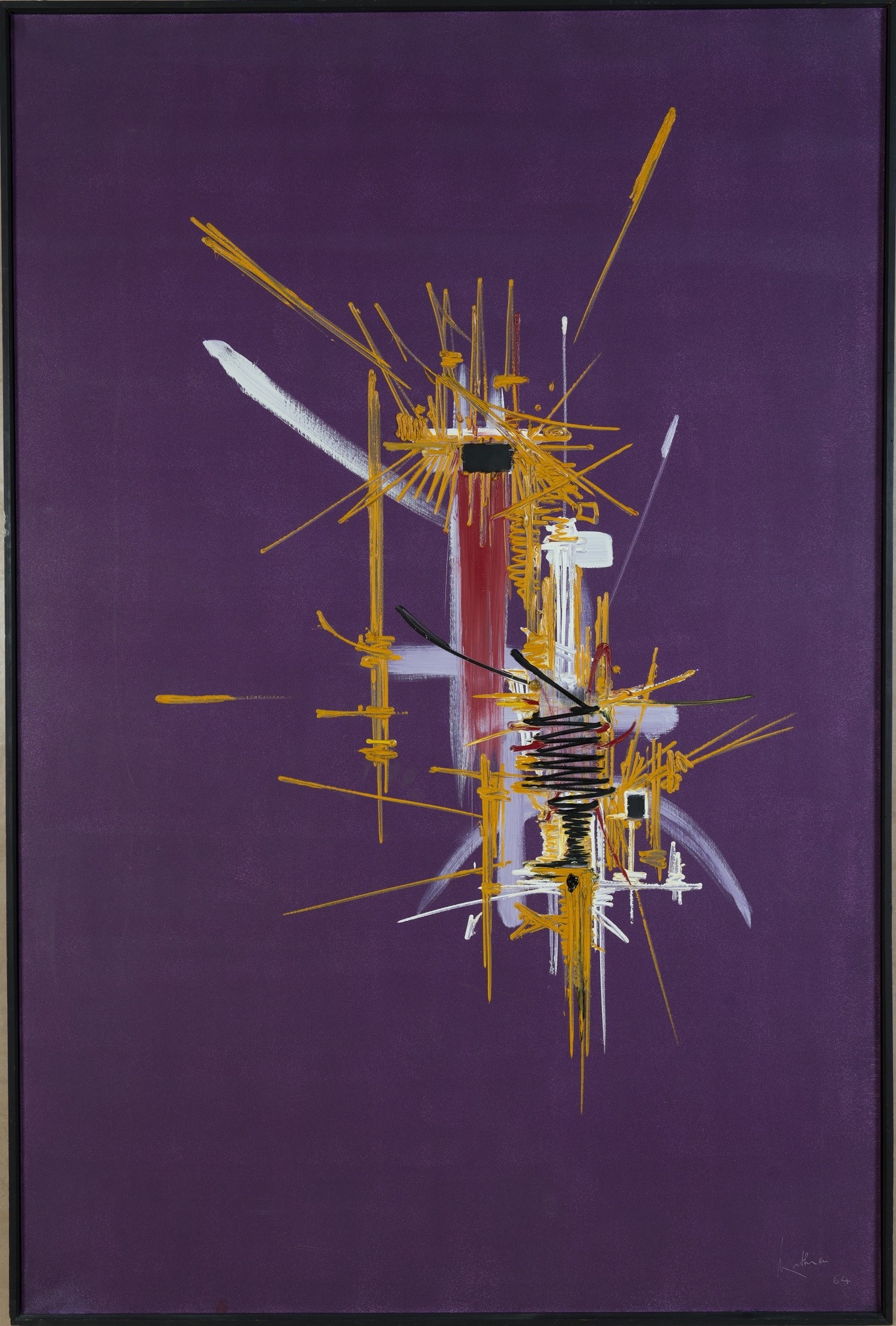 Achillée is one of the pivotal works falling between Mathieu’s two periods:

- The “Incarnation” period (1951-1963) during which Mathieu’s very recognizable language – or calligraphy – established itself. Usually using a limited number of colours. An “aesthetic risk” is in play (concept created by Mathieu relating to the speed of execution with no going back). This period is undoubtedly the most well represented in museums and on the market because of Mathieu’s international success in the fifties.

-  The orthogonal period (1964-1973) during which the forms are more rigorous and geometric compositions are used as a substrate or support for the superimposed lyrical symbols. These works are often more colourful than those in the past. Some canvases show networks of lines, as if in resonance with the development of megacities, industry, and electronics. During this period Mathieu developed applied arts, which gave him a very high profile on the French cultural landscape.