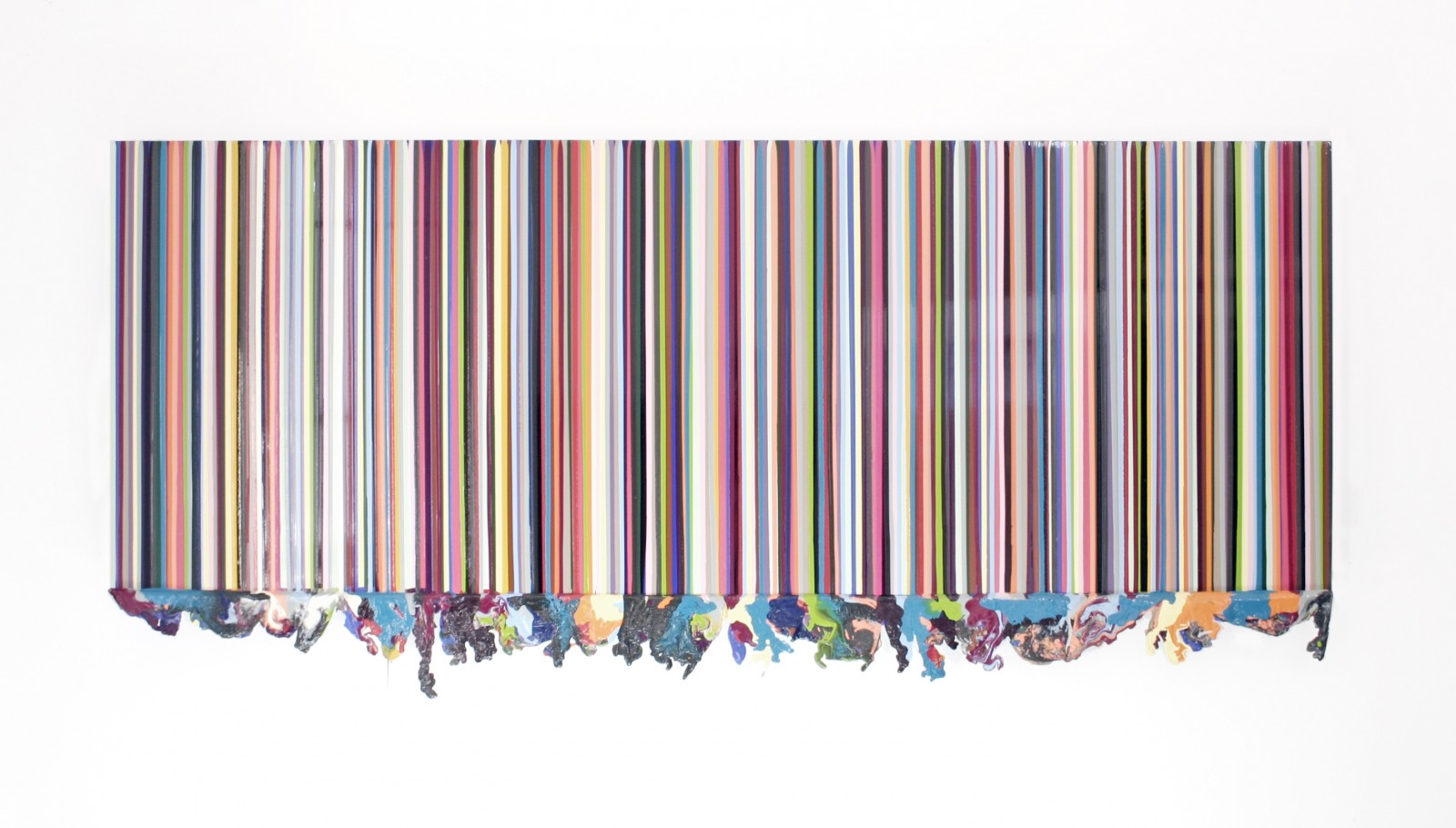 For Alias…, Cédric Teisseire used a syringe to paint on a wax canvas. Each colour ran down the length of the canvas in a straight line, with leftover paint collecting in plastic film at the bottom. After the paint had dried, the film was removed, leaving a stiff and irregular husk at the bottom of the painting. Every step of the creative process can be detected, and Cédric Teissere reveals simultaneously both how the artwork was achieved and the final result, thus proving that any painting is a material act.