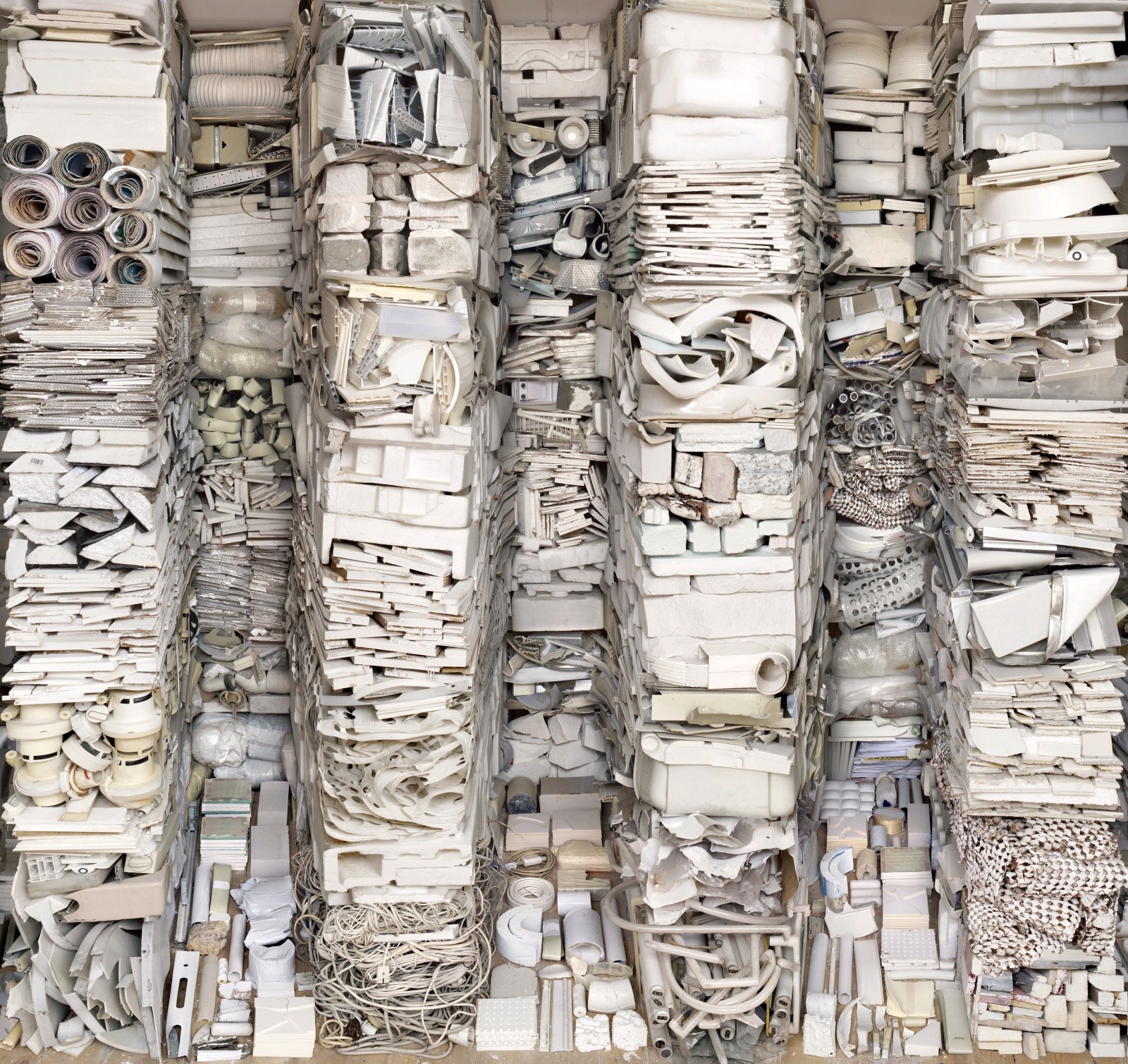 Artist Marjan Teeuwen
Date: 2007
Support: Photography
Dimensions: 110 cm x 117 cm
Marjan Teeuwen started out painting until she discovered her concept of piled spaces. She experimented with this theme using various media – drawing, building installations, photography and videos based on these architectural interventions. Initially, her installations were limited to the area of her house and studio, but now they require several months of construction inside buildings with a substantial teams of students and technicians.
Marjan Teeuwen’s “Archief 2” and “Archief 3” photographs represent views taken from the ceiling of rooms which, at first glance, are completely covered with books, but are in fact covered in worksite materials which, through an optical illusion, “place them into the abyss” an infinite number of times.