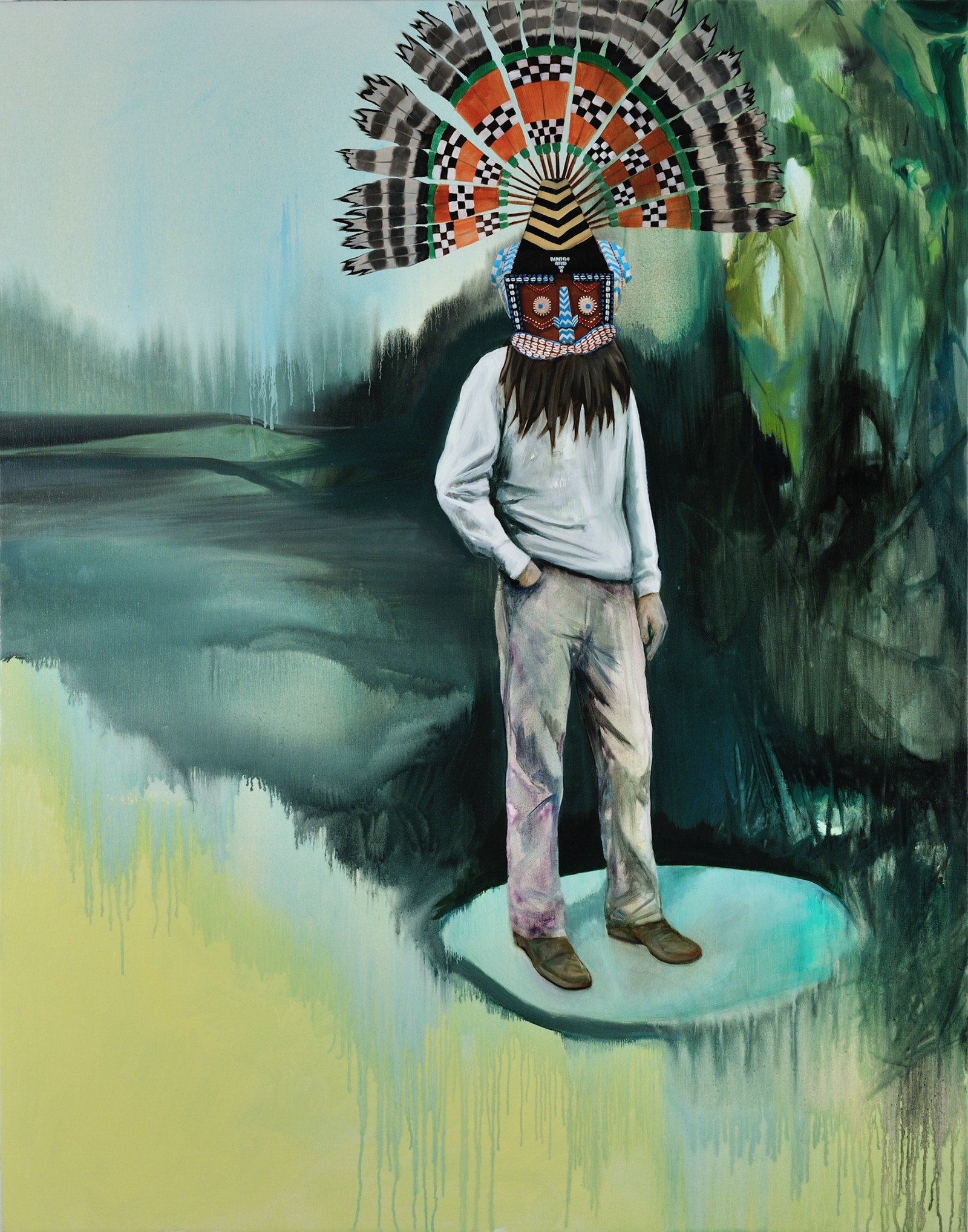 The Bientôt un pouvoir canvas that is part of the Cargo Cult series (2008-2013) is an illustration of the thoughts of Romain Bernini on the cargo cult, the Melanesian religion that believes the objects (or “cargo”) brought by colonials or missionaries to be gifts from the gods to white men. Papuans have created mock radios, transmitters and even mock airstrips in an attempt to attract cargo aircraft. There is a great beauty and poetry but also something profoundly tragic about this desire to appropriate symbols belonging to a foreign culture in order to benefit from the same wealth.