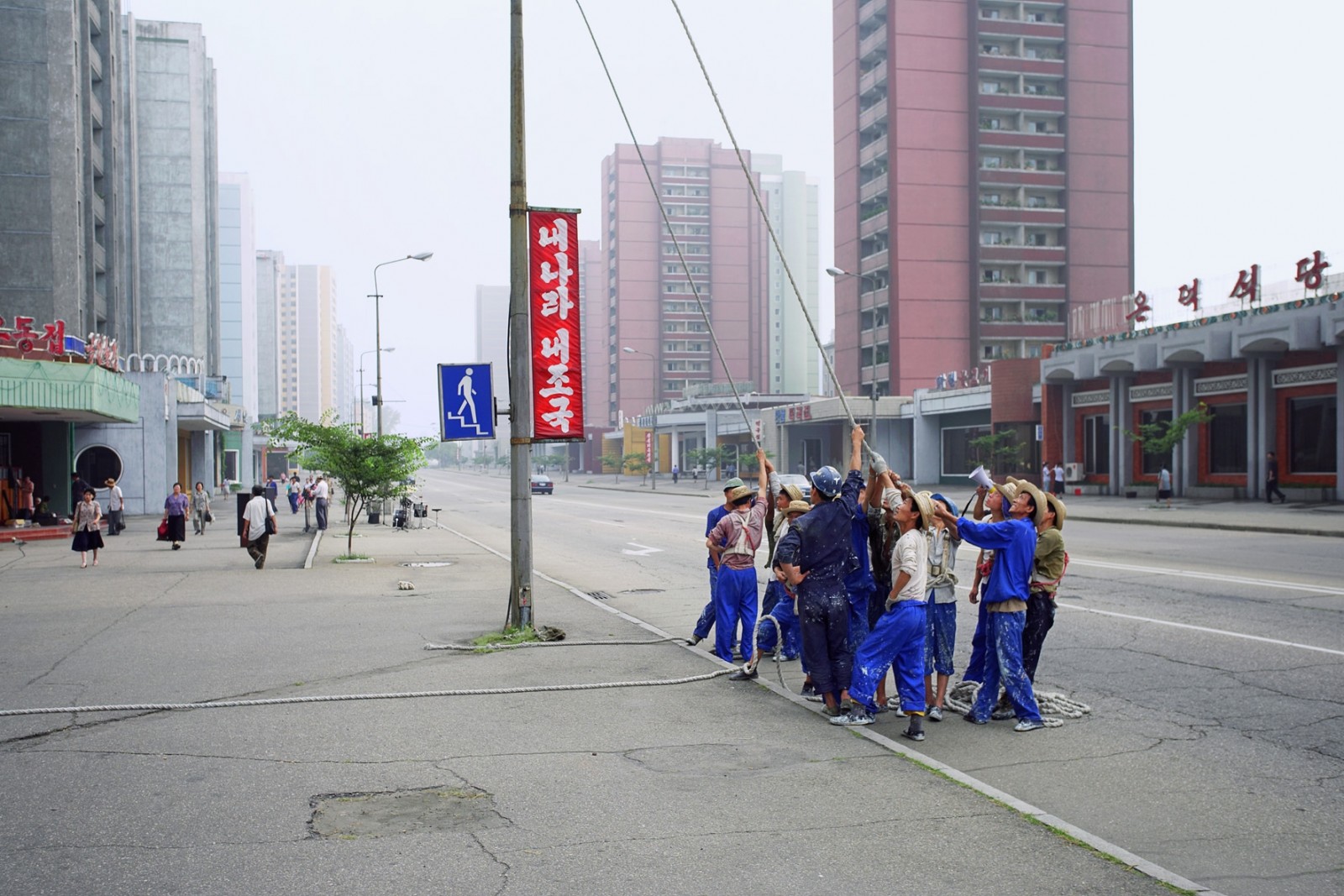 Erecting Scaffolding in the City