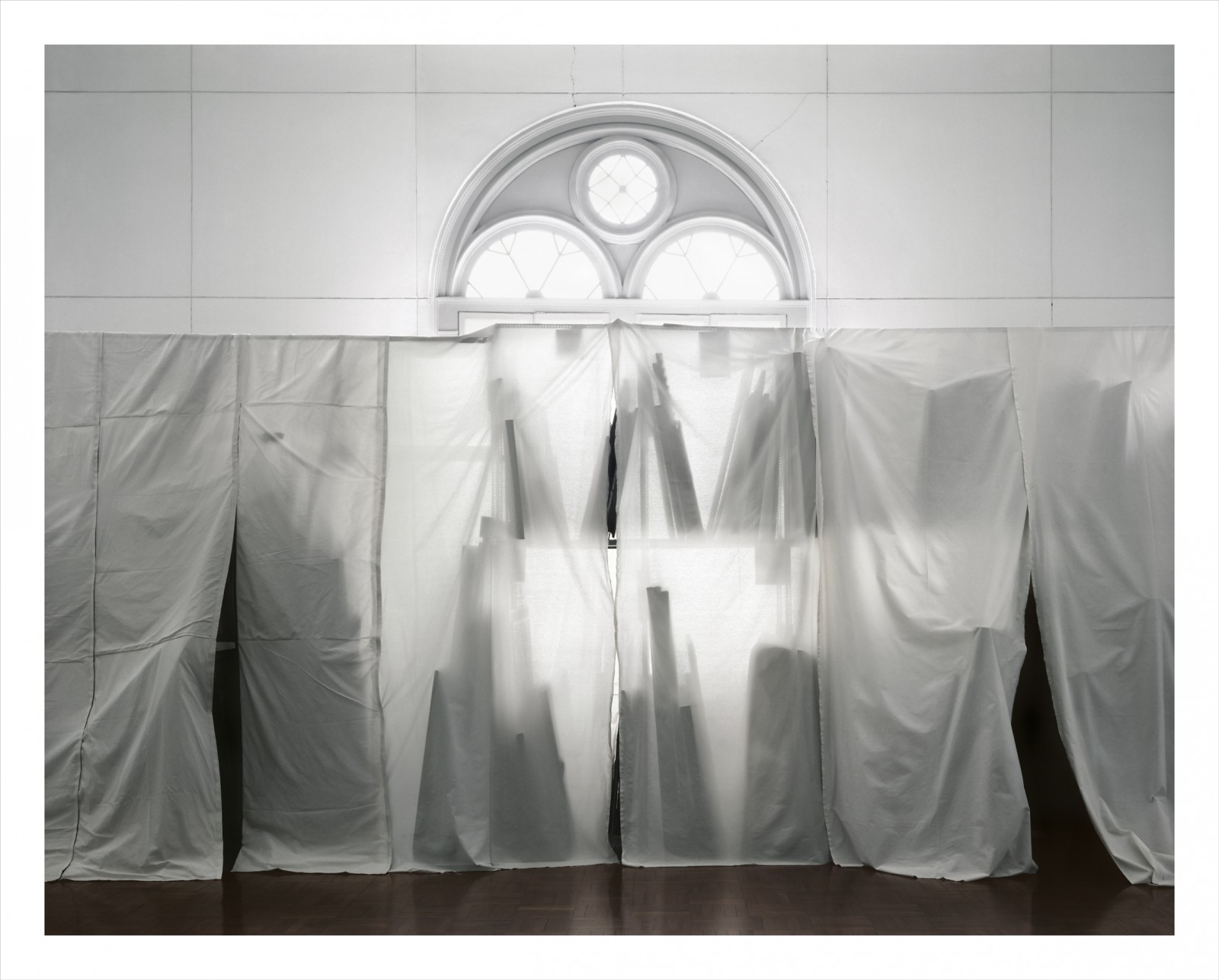 “Edi Hirose’s photography documents, by containing things without these appearing to be contained. Containing is stopping a flow by trying to describe the borders of a space in the process. It means channeling what’s real in a process and holding on to it, without trying to control it.” (Jorge Villacorta Chávez, june 2008).

The Artist statement about the “Intervenciones MALI” series :
« The condition of the photographic record rests on a partial position in relation to the scene, the "minimum manipulation" possible. Especially when it is a question of reproducing art works. Although this series recaptures this position - registering an exhibition space – it also makes evident its ambiguity and confusion through denial. It wants to show us something that is covered but it is not being uncovered. It is here that the act of looking stops to give way to the imagination level. »