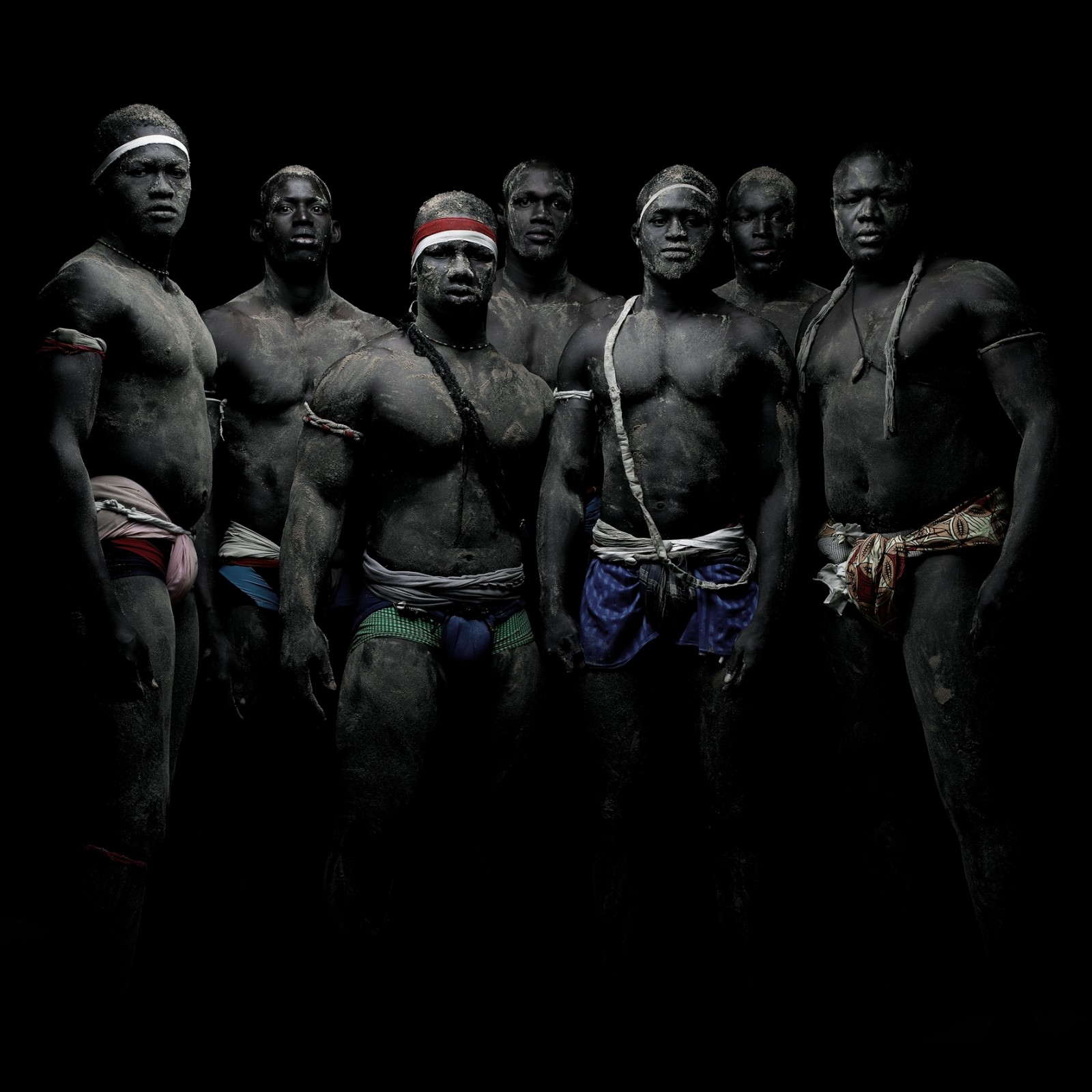 Photographing heroic figures is one of the artist's favourite themes. This is why he likes to photograph anonymous individuals with ordinary lives and extraordinary destinies: rugby champions or Senegalese wrestling heroes, the Sadhus of Benares, survivors of the Japanese tsunami.
During several trips in 2009, he photographed the strong bodies, the tense, perpetually defiant faces of the wrestling apprentices of suburbs of Dakar. They belong to one of the country's 77 stables and every day they practice this unique sport, which is a subtle mix of traditional wrestling and bare-hands boxing.