Collection tours are suspended until further notice.
Back 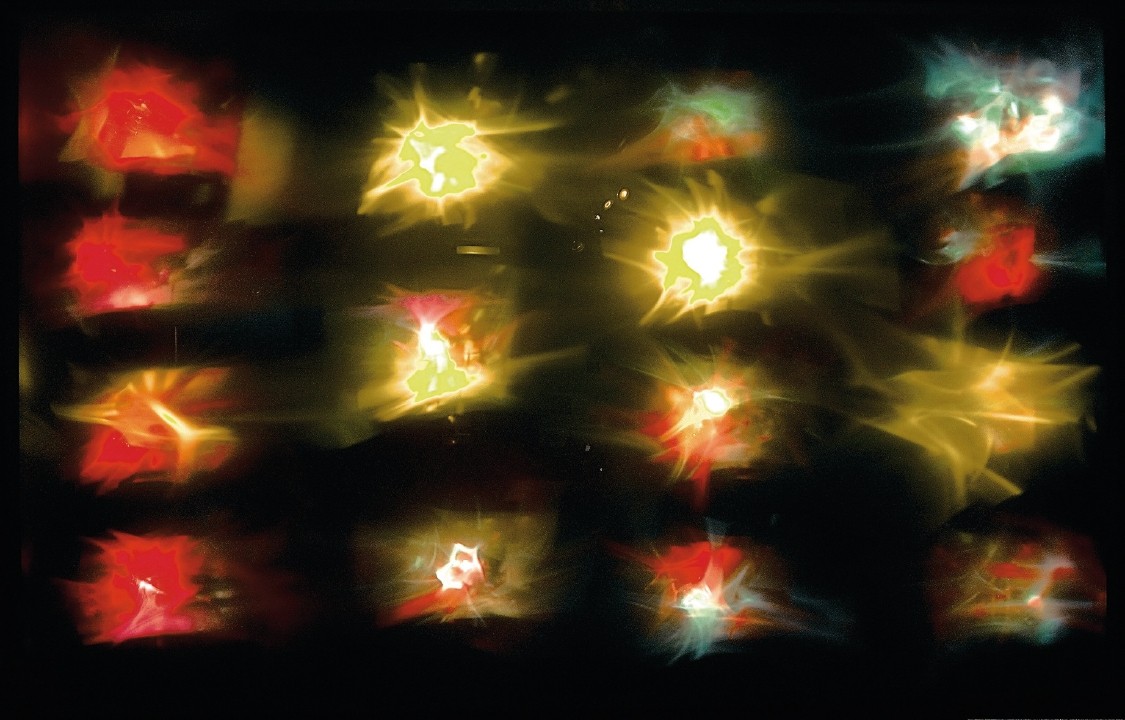 Commenced in 1957, Nicolas Schöffer’s series of works called Lux were his first luminous sculptures with mobile light effects. In tandem, the artist developed his theory of “lumino-dynamism”. Nine years later, he introduced the Lumino, a device displaying slow-moving coloured light effects, and the first work of art destined to be mass produced (by Philips). This is the system at work in the sculpture/visual polychrome structure shown here.

Others artworks you may be interested in
1996
Full/Empty Ellipses, red/blue No.1
Discover
2008
Untitled
Discover
2002
Columns
Discover