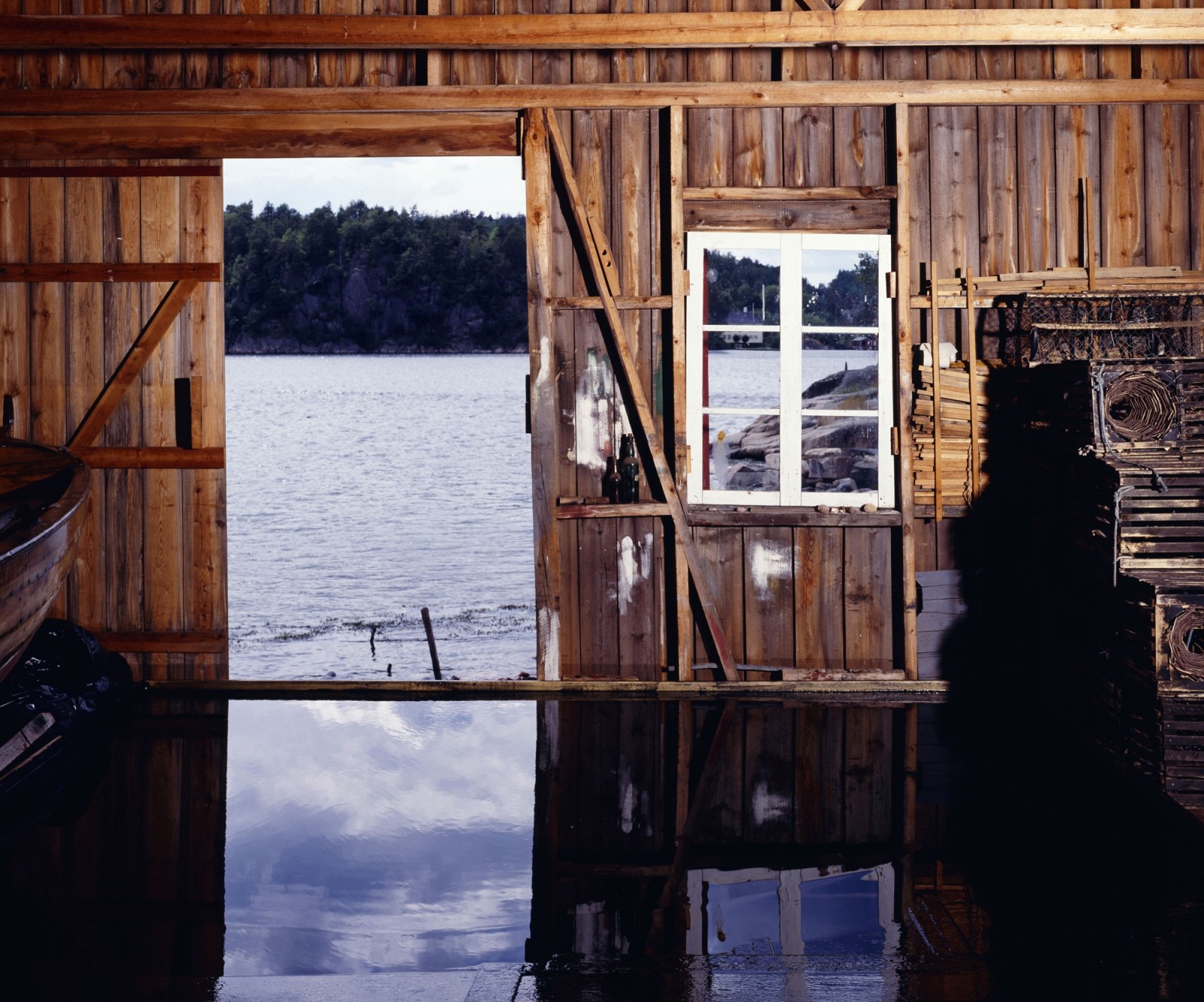 Artist Per Barclay
Date: 1990
Support: Photography
Dimensions: 125 x 150 cm
Photograph mounted on aluminum
The photograph is a part of the “Oil Rooms” series that the artist has produced since 1989 by photographing places where he has covered the ground with a liquid, usually oil, but also water, wine, blood or milk. The result is that the place is reflected in a mirror created by this intervention, modifying the perception of the space. The “Oil Rooms” reveal initially invisible details and allow the convergence of elements that do not normally meet without the presence of a mirror effect. This process formally plays impressively with symmetry and chromatic modulation in the space that we ultimately find in the artist's large photographic prints. His approach, though, is not limited to this aesthetic dimension. In his work, Barclay pushes the limits of logic by disturbing the view, opening an indefinable spatial-temporal space that offers the spectator a raw field of perception and evokes a reflection on our relationship with the representation.