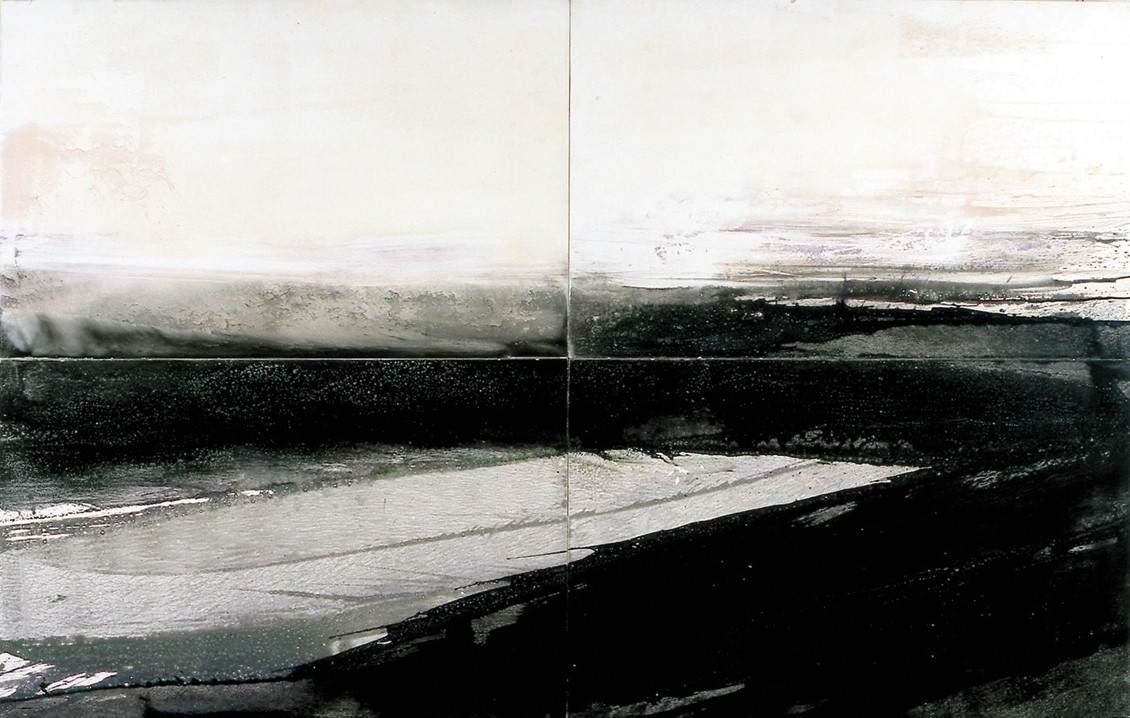 Carpentier’s meeting with the Japanese calligrapher Shunso machi in 1982 marked a turning point in his career. In 1984, he created his first polyptychs on paper, and in 1986 his work went on display at the central museum in Ginza. The art of the Far-East clearly influences his work which is reminiscent of the techniques used and the atmosphere created by Japanese woodcuts.

These references are highlighted by the division of the work into panels and by the treatment of colours which are spaced out in liquid or cloudy zones. The colours are similar to the ink used in calligraphy.