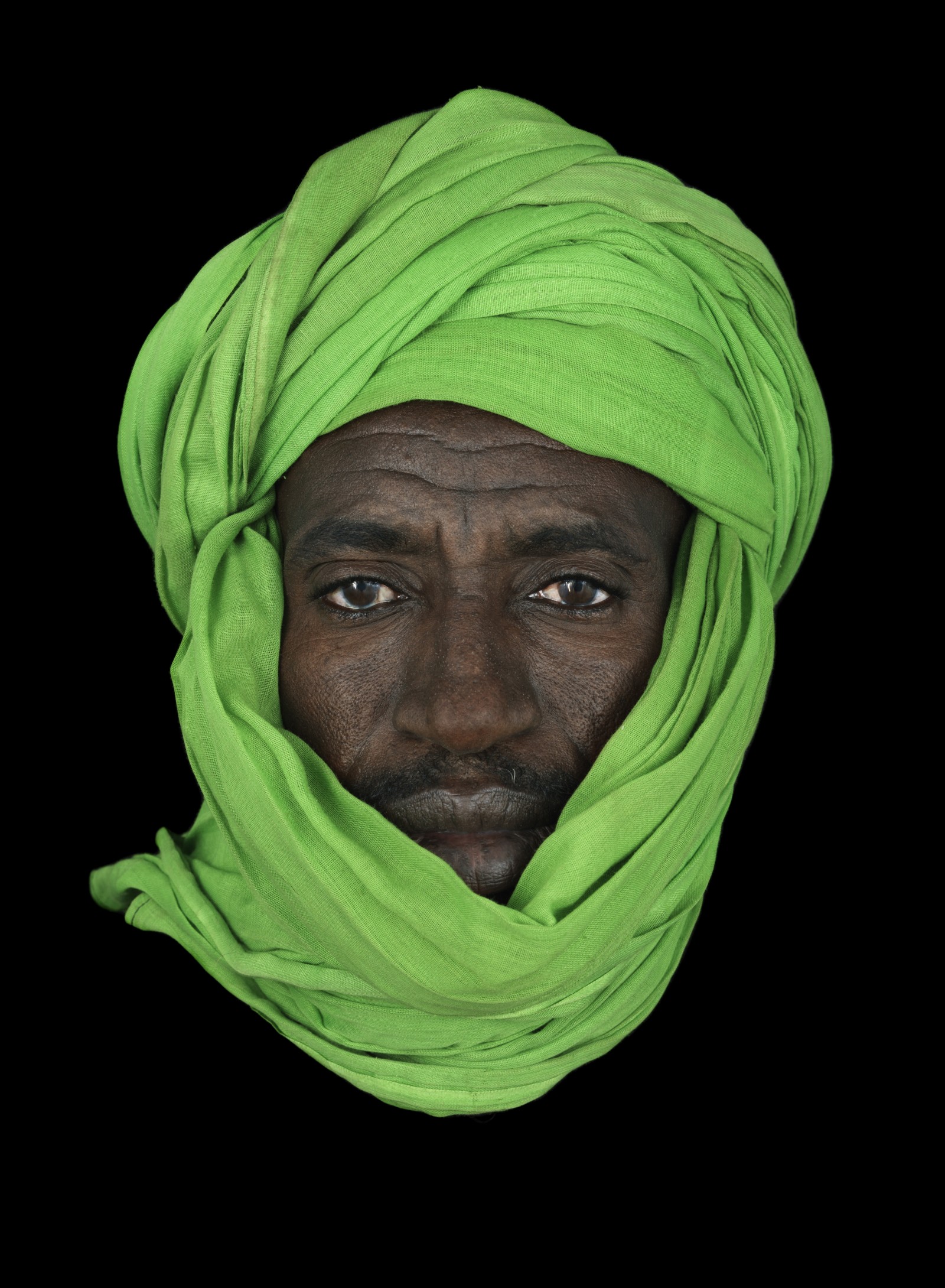 In 2007, Antoine Schneck went to Mahadaga in the east of Burkina-Faso, returning with over 300 portraits. His journey continued the following year, taking him to the Miao people in China, the Nilgiri people in India in 2009, and more recently to Mali, Africa.
With a true gallery of “world portraits” to his name, Antoine Schneck adopts the same technique for each shot. Far from any exoticism, his aim is to approach a face as directly as possible. His models, all of whom volunteer, are invited to sit in a white tent whose fabric reflects an even light. Seated in an entirely neutral setting, the subject stands out against a black background while Antoine Schneck operates invisibly from outside the tent, his camera lens positioned in a hole in the fabric.
Antoine Schneck’s approach, similar to that used by street photographers, is distinct in its use of subjects on their own, devoid of any context and without any interaction with the outside world, including with the photographer. The idea behind this complete neutrality is to capture the subject’s utter tranquillity – a state of abandon where it is no longer a question of posing or projecting an image of oneself. Patiently, Antoine Schneck waits before successfully capturing that fleeting moment when the face gives in to rest, revealing itself completely. These faces, intense and all different, are like landscapes traced with lines and folds, inhabited by an incandescent gaze, carrying with them the trace of a story, of a personal journey. Floating against a black background, detached from their bodies and mostly without any accessories, these faces from the four corners of the world possess the brutal, expressive force of a mask, with the added dimension of a living human being.