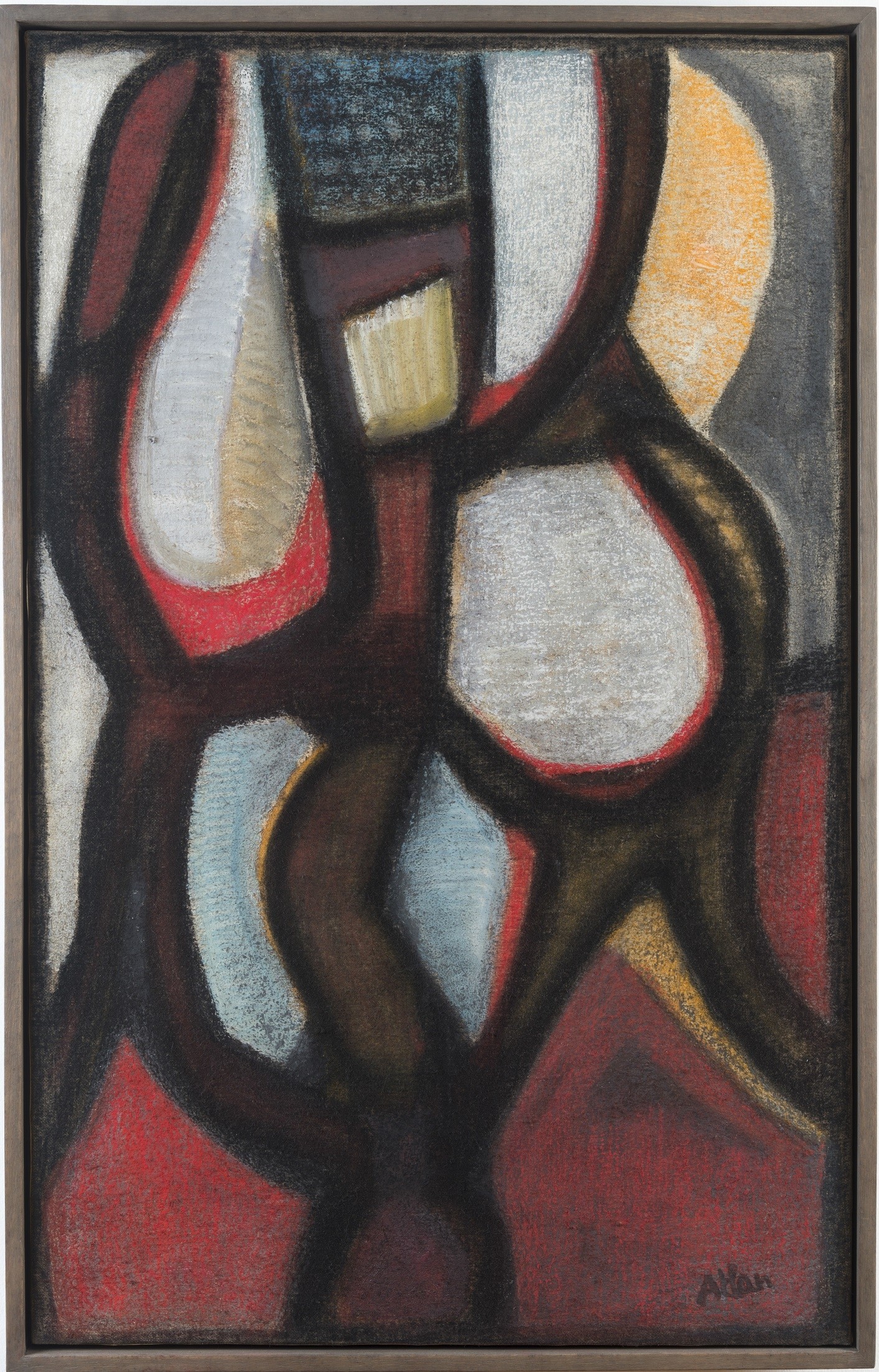 From 1945, Atlan created abstract and fantastic figurative animal forms influenced by the primitivism of the CoBrA group and presented his work at its exhibitions.

Around 1956, Jean-Michel Atlan’s style began to assert itself. Strong sinuous black lines surround pastel-coloured fields reminiscent of organic and plant associations with the theme of battle and the fantastic prompted by an agnostic and biologistic view of the world. Atlan's artistic breakthrough in 1956 came with a poster that he designed for the new "Ecole de Paris" exhibition in the Galerie Charpentier and for an exhibition in the Bing gallery in Paris.

In the 1950s, Atlan, considered as one of the most important representatives of the new School of Paris, was well known in France, Japan, England, and in the USA.