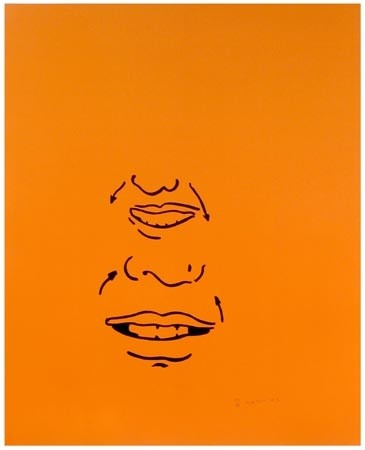 Early in his career, Alberola decided lithography was
an “elegant and democratic” activity that would facilitate the dissemination of his works. The eleven prints entitled The Little Utopian House were produced as part of a Japanese project for the 2003 Echigo-Tsumari Art Triennial: a building adorned with frescoes designed
to house the community hall in the mountain village of Matsudai, northwest of Tokyo. Whereas lithographs are usually conceived as an extension of the painted walls (which they immortalize when the latter are impermanent), here they preceded the making of the frescoes.