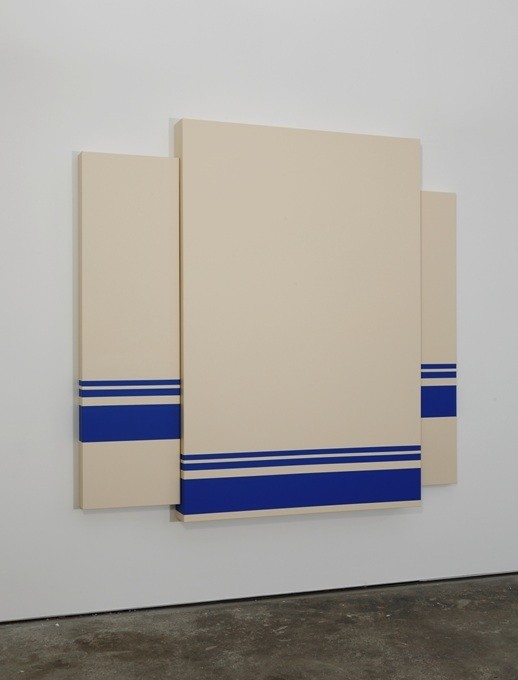 
The acrylics on canvas with textile-inspired motifs reinterpret the main formal principles of modern painting, and particularly, of parallel stripe painting.

The classical vocabulary used for the triptych composition is disrupted by the varying thickness and format of the frames used. Their offset, quasi-rhythmic layouts confer a sculptural, even objectifying, value to the paintings.

While they readily invite to mental projection by calling on the viewer's visual memory and on their mixed representations of modernity’s major abstractions, they also refer to a field thick with problematics, to a decorative potential claimed by Buren involving the dialogical complexities of form and object.

Paintings on canvas are rare, but not unheard of in Mathieu Mercier's work. An earlier set of kaleidoscopic tondi which breaks down the image of a diamond revealed, to the critical mind, the artificiality of certain pictorial codes.

The new series also, and especially, recalls the recent photographic Scans series in its historical references and the traditional reflexes of pictorial analysis it deliberately brings into play.