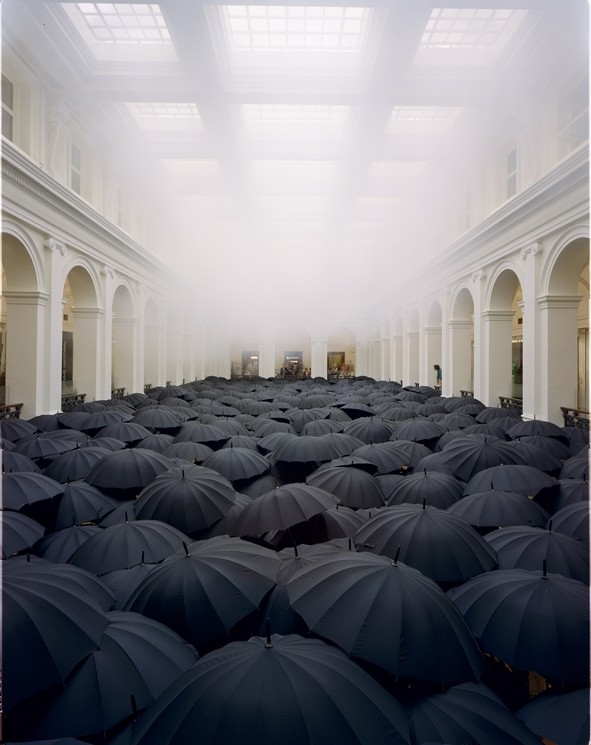 When on a Winter’s Night a Traveller

The project “When on a Winter’s Night a Traveller” was commissioned by L’Oréal Melbourne Fashion Festival and GPO Melbourne in Australia. In Melbourne the challenge and the already existing space was an old post office called GPO, as Grand Post Office. By the time Vogrinèiè arrived to Melbourne it was changed to an upgrade shopping mall but still resembled as an old Victorian building, totally white. The space Vogrinèiè decided to use was the space between ground floor and 1st floor in the atrium of a building.
Melbourne weather is really significant. It is a common joke between citizens of Melbourne saying, if you do not like the weather in Melbourne, come back in 5 minutes! And it rains a lot. So as mass produced object, Vogrinèiè decided to use an umbrella. Not any kind of umbrella. A special one, the one with 16 spines, a copy of beautifully made old fashioned umbrellas. They were all black, thousand of them and they formed some kind of a field. On the top floor of the building Vogrinèiè hide 3 fog machines to produce fog and spread them above the field of umbrellas.