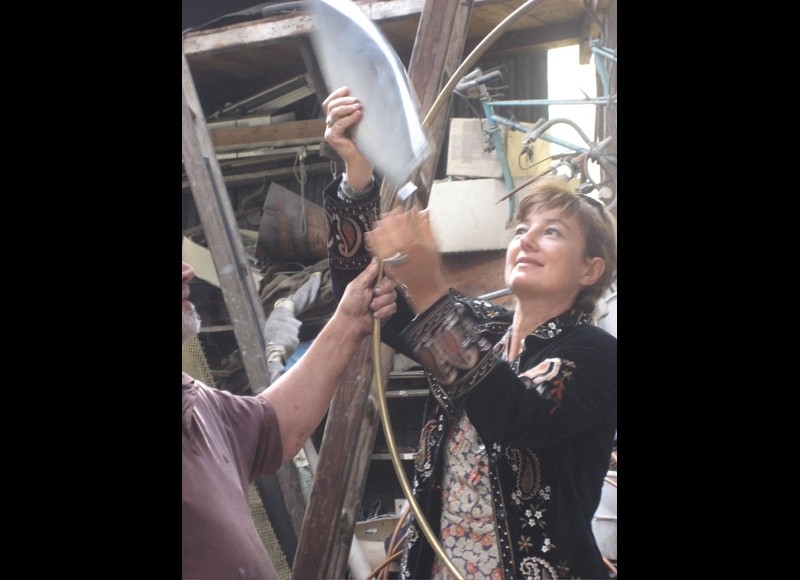 Agnès Thurnauer explores the path opened by Andy Warhol in the plastic arts during the second half of the XXth century. Her work is a continuation of the great names of Pop Art : she plays with different reproduction techniques and with the codes and messages found in mass media, the press or advertising. She creates carefully made composite images where the message, carried in the title, is as clear and direct as an advertisement. In her work, lettering and typography are everywhere in various forms of word play. They lead to a different reading of the violent news that surround us.
For Agnès Thurnauer, the picture-plane is an experimental terrain. Her work overtly goes beyond the abstraction/figuration divide and mixes words and images to better probe the plasticity of text and the textuality of painting tackling socio-political issues as well as art history (and the place women occupy in it). Juliette Le Gréco, Eugénie Delacroix, Marcelle Duchamp or Jacqueline Pollock …
Agnès Thurnauer took part in the Lyon Biennial in 2005 and the "Notre Histoire" exhibition at the Palais de Tokyo in 2006. Since then, she has put on a number of individual exhibitions including “Francine Picabia” at the CCC centre in Tours and “Bien faite, mal faite, pas faite” at the Museum of Contemporary Art Ghent in Belgium.