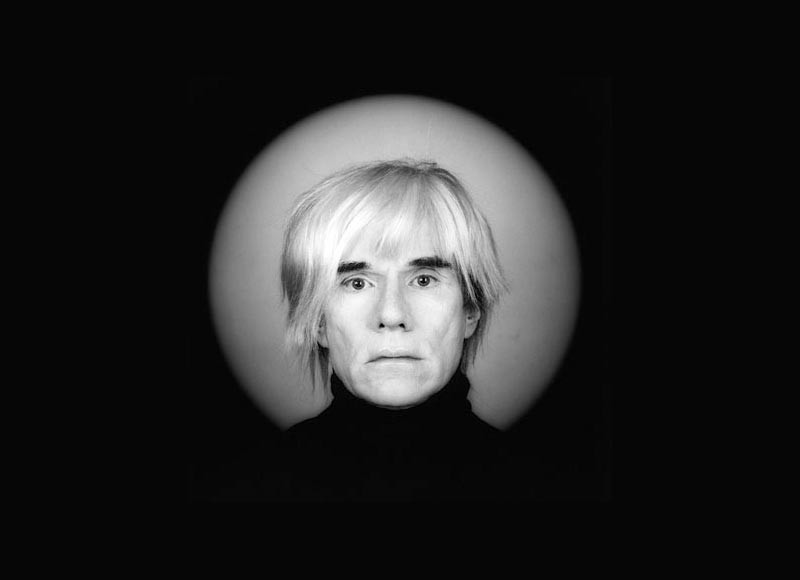 Born Andrew Warhola into a family of Slovakian immigrants living in Pennsylvania, he changed his name to Andy Warhol and became the pope of Pop Art, a cult figure of the New York underground movement in the 1960s-80s and contemporary art’s first media idol. After studying commercial art in Pittsburgh, he moved to New York and began working for Vogue and Harper’s Bazaar, as well as designing window displays for department stores, record sleeves, Christmas cards and book covers.
This was the time he bought his notorious platinum blond wig, had his nose remodelled and declared, “I started as a commercial artist, and I want to finish as a business artist”.
In 1960, he produced his first pictures inspired by comic strips (Dick Tracy, Popeye, Superman) and consumer goods, the iconic Campbell’s soup cans and Coca-Cola bottles, which earned him a one-man show in 1962. Next came the silk-screen prints of American film stars, the now-legendary Factory, his ventures into record production and avant-garde films and a return to painting, when he revamped some of the great American myths. Dollar bills, consumer society’s top designer labels, portraits of celebrities such as Marilyn Monroe, Liz Taylor and Jackie Kennedy, were all given the Warhol treatment.