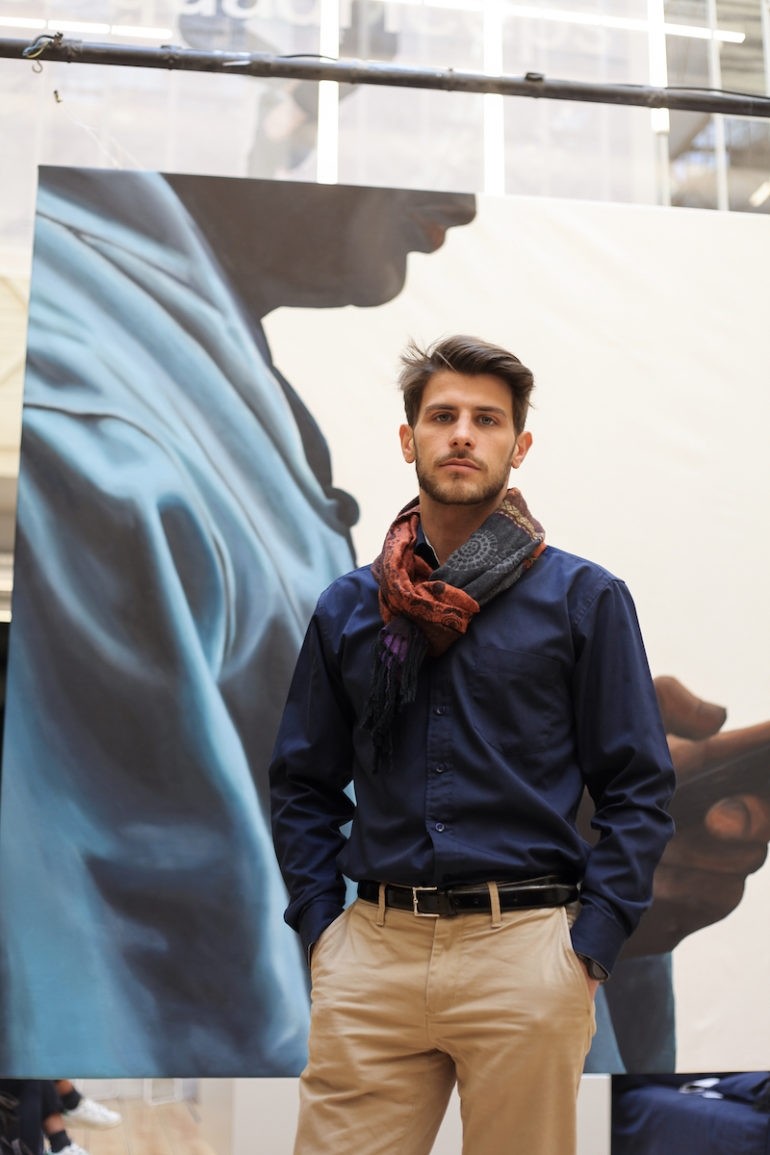 France
Born in 1989
After a scientific curriculum, Axel Roy turned to the arts and studied at the Beaux-Arts de Dijon, and in Hangzhou and Shanghai, China, where he lived for two years. When he returned, he participated in several exhibitions in France, China, and the Netherlands, where he now lives. In May 2021, he was one of the finalists of the Pierre David-Weill/Institut de France-Académie des Beaux-Arts Prize and the Royal Award for Modern Painting in the Netherlands. At that time, two of his large paintings were displayed at the Royal Palace in Amsterdam for a few months.

The observation of and reflection on human fluxes in public spaces, the relationship to the urban space, and, paradoxically, the void are some of the subjects Axel Roy explores in his drawings, paintings, and performances.