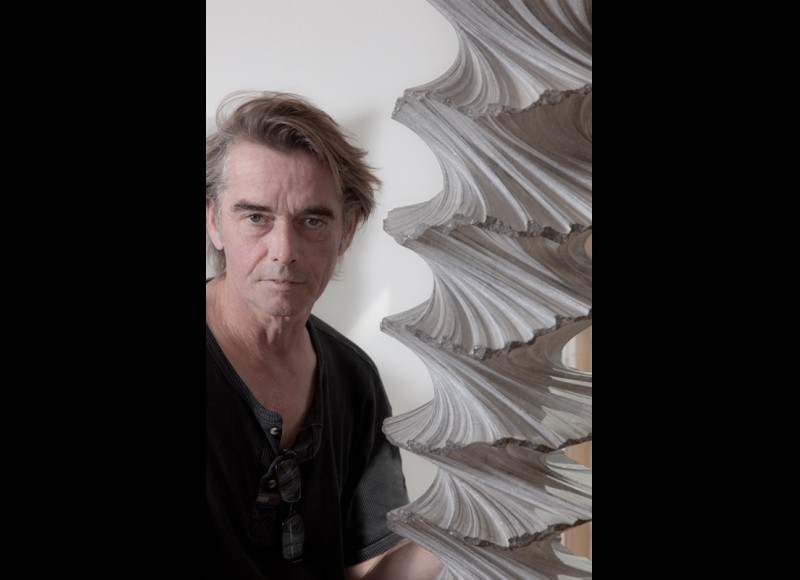 After initially working with limestone, Luyckx went in search of a harder material, in the end settling on marble. He used white marble from Carrara and black Belgian marble, highlighted with a blue pigment, and later on, light-grey marble from Savoie.

His work contains a duality, but one without conflict. The hardness of the stone and the mastery of the sculpture contrast with the softness of the surface and the suppleness of the lines.

The expression of the sculpture is influenced by the modernity of New York architecture, but also evokes the body and nature. The work of blue stone from Soignies is ironically named Ressort, Essor, or Spring, Blossom. The heavy and dense matter springs upward, as if it were trying to escape gravity.