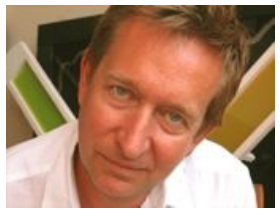 After studying at the National School for Decorative Arts, Michel worked for the theatre and opera in conjunction with the painters Gilles Aillaud, Eduardo Arroyo, Jean-Paul Chambas and Henri Cueco. Bernard Michel still works as a set designer, and also keeps up his personal work which influences his 3-dimensional organisation and treatment of space.

His adolescence spent in Morocco left the impression on Bernard Michel of the lasting patterns of light and geometric shapes. In the diptych presented here can be seen the trace of the local architecture, white overlapping cubes and layered levels with shafts of light here and there.