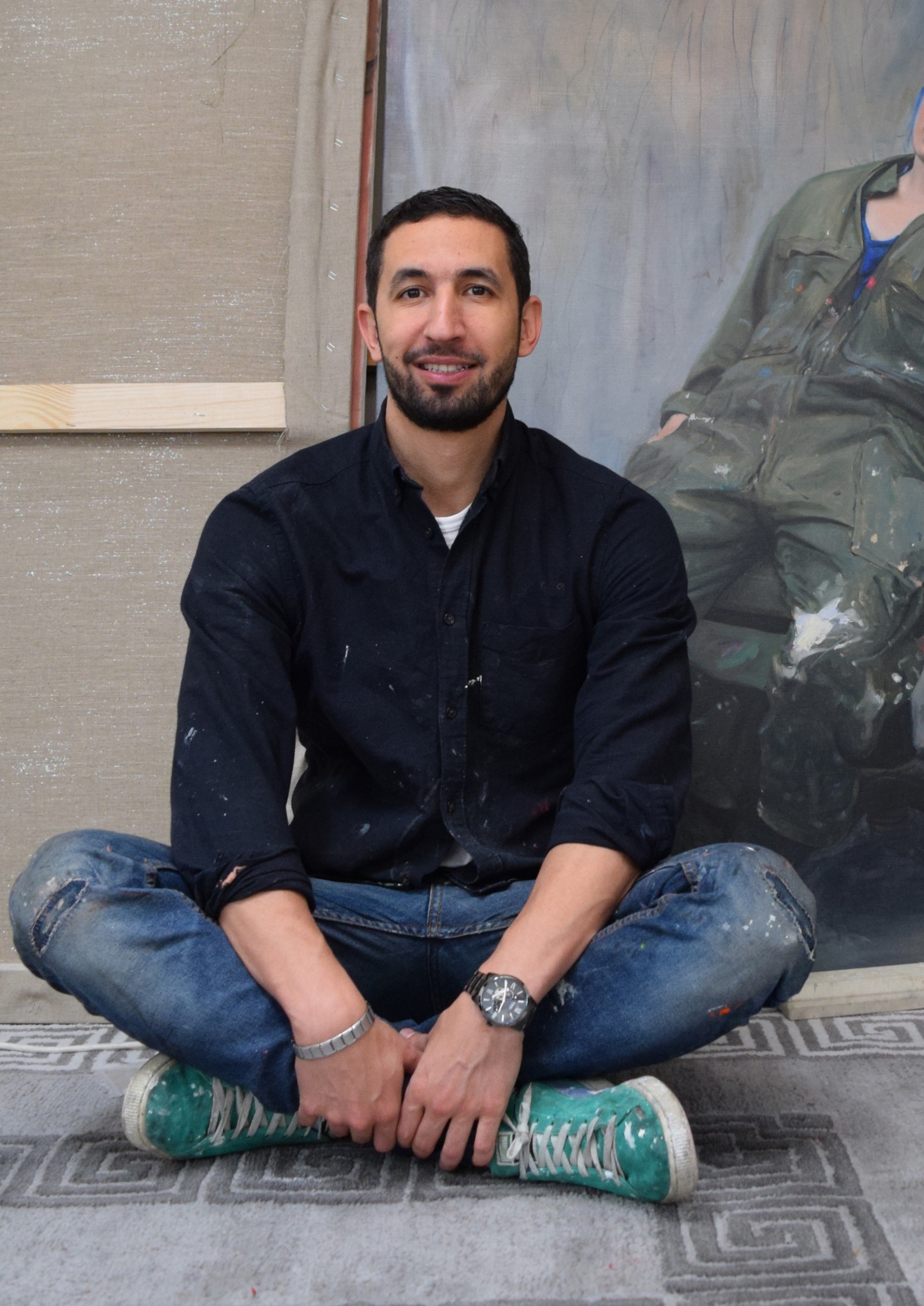 
Although he dreamed of becoming a football player, Bilal Hamdad enrolled at the Fine Arts School of Sidi Bel Abbès on his father’s suggestion and graduated in 2010. He then studied at the Fine Arts School of Bourges, then at the Beaux-Arts de Paris until 2018. After his first solo exhibition, “Quatre Chemins”, at H Gallery Paris, he was awarded the Fondation Colas Prize 2020. He now works and lives in Paris. His oil paints made after photographs show urban places, often crossing points, where isolated characters are represented in transit. With a melancholy feel reminding Edward Hopper’s work, Bilal Hamdad’s paintings explore in-betweens, the transition from secret to revelation, from intimacy to sharing, from invisible to public, like illustrations to Marc Augé’s concept of “non-places”.