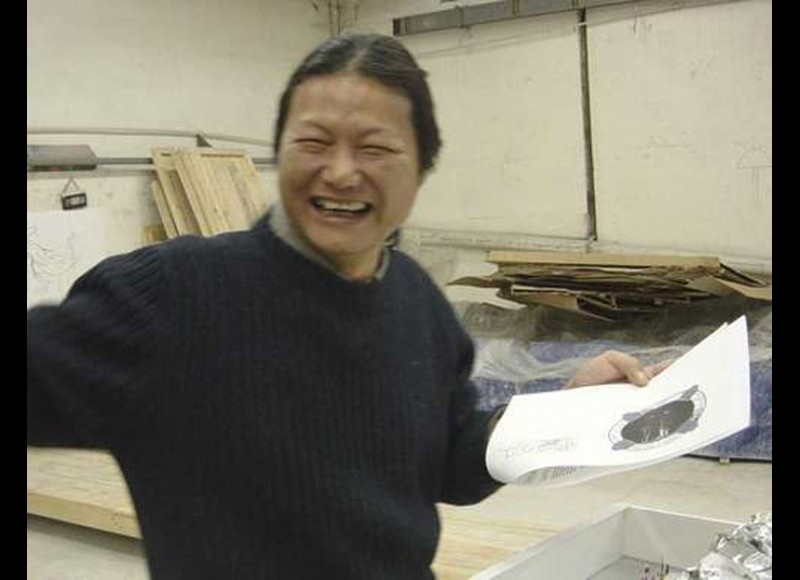 The Chinese artist only discovered the information society when he settled in France in 1990 (after spending nine months in a Chinese prison following the Tiananmen Square massacre). His energetic, tongue-in-cheek criticism of media images through his own images is compellingly relevant to this contemporary argument.
Literally giving weight to these pictures, volatile and ephemeral by nature, transforming bidimensional reproductions which he finds in newspapers into sculptural, tridimensional volumes, keeping the effects of framing, editing and deformation specific to the photographic process, Wang Du, has produced, with great humour and efficiency, one of the most pertinent and uncommon works on the question of reality and virtuality.