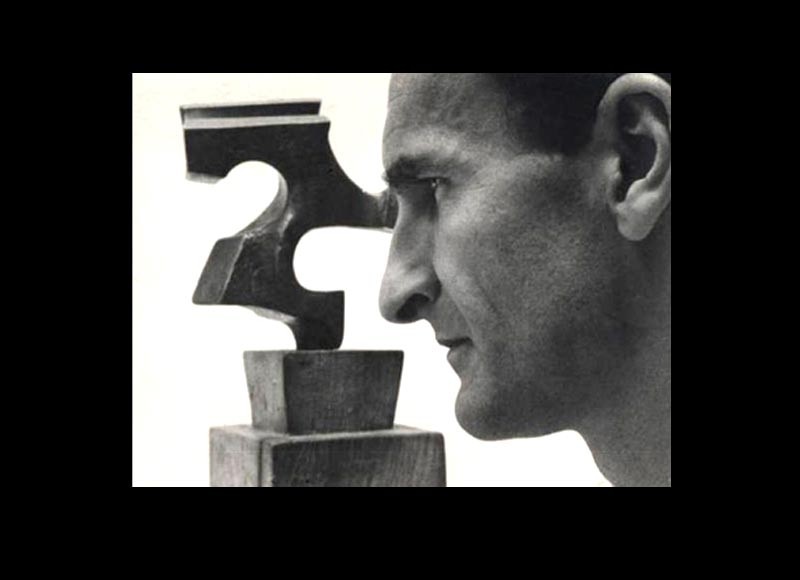 Chillida began using iron early on in his career, and it went on to become his favourite material. He created monumental works such as the doors of the Basilica Aranzazu in 1954.

His work opposes strict asceticism with more playful lyricism. The variations of fullness and void that overlap reveal pockets of energy and a pathway into space and an imaginary world.

He has been making engravings since 1959, alongside his sculpture. Homage to Brandiaran I and II show a magnified construction though the luminous contrast of shapes, strictly balanced in space.