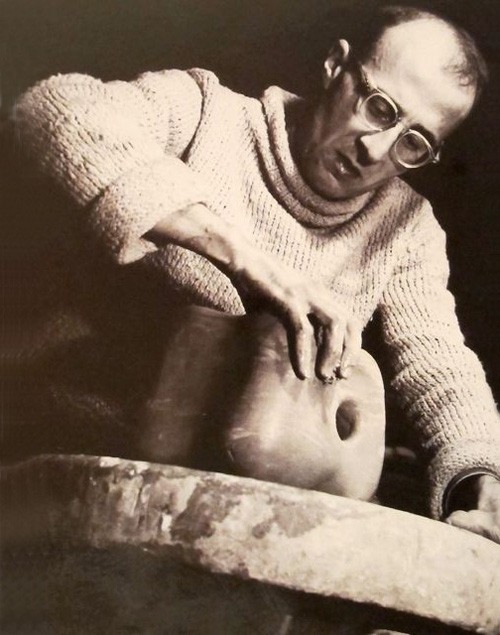 During his studies in sculpture at the Boulle School in 1930, Jouve earned himself the nickname of Apollo. After a short period of training in an architectural firm, he turned himself to decoration and the theatre . He discovered ceramics while staying in Nyons during the war. In 1945 he became a member of the Salon des Décorateurs and, along with Charlotte Perriand and Jean Prouvé, he demonstrated a willingness to open up the decorative arts to a wider audience.

His work includes monumental productions closely tied to his architectural projects, and smaller-scale works that share the same search for material. The use of cracked enamel is emblematic of what the decorative arts owe to formal research over the first half of the century in surrealism and cubism.