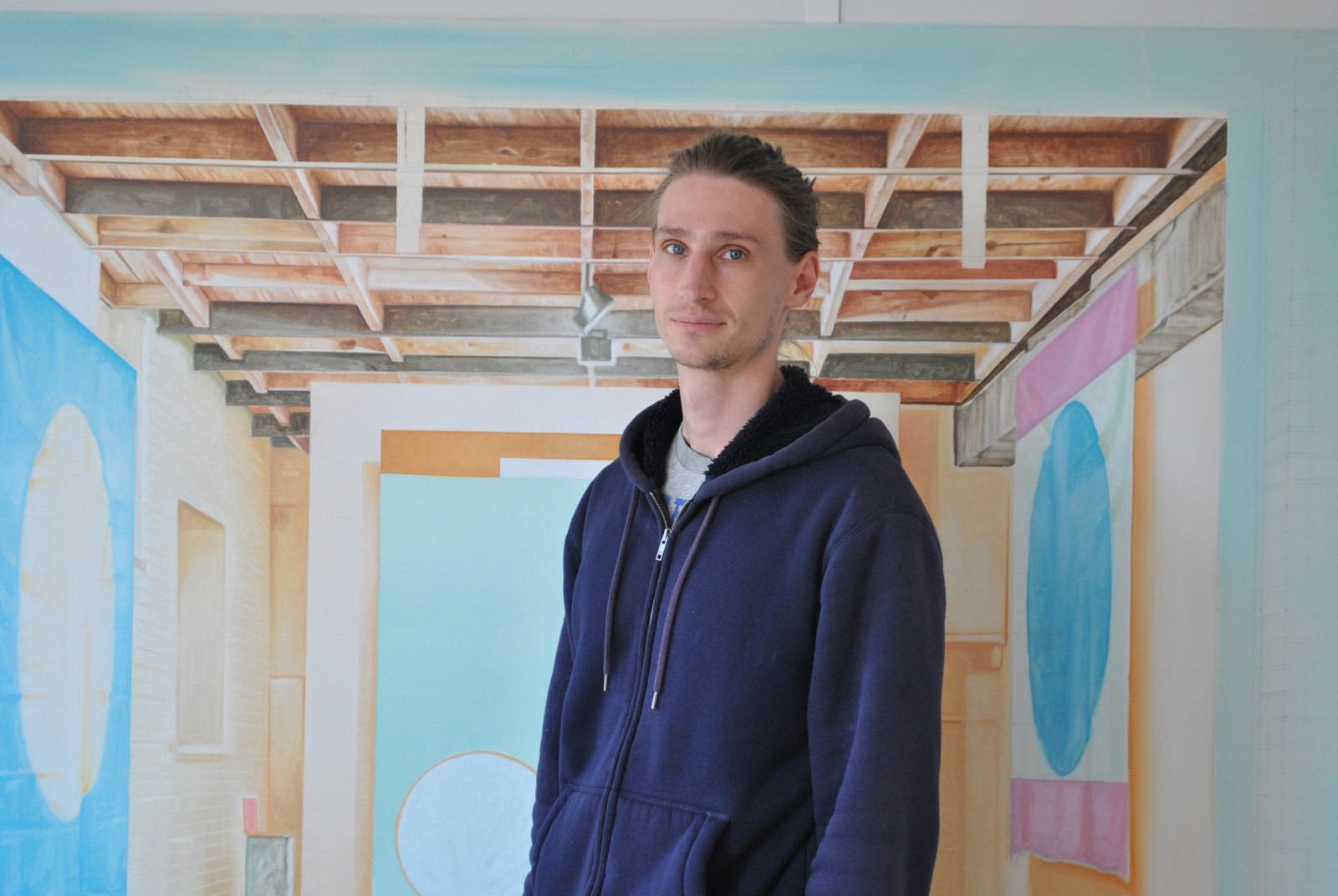 After studying History and Art History at Paris-Sorbonne University, Guillaume Valenti enrolled at the Beaux-Arts de Paris where he graduated with honours in 2015. His work was featured in several exhibitions worldwide – in Paris, London, and Los Angeles – and he was in residence at the Casa de Velázquez in Madrid. In 2012, he was awarded the Diamond Prize. As a painter, his work revolves mostly around the concept of mise en abyme, and his latest paintings take the exhibition space – museum rooms, galleries, windows – as a subject. Choosing the perspectives, meticulously organising the space, and playing with the often artificial lights of the interiors he represents, the artist makes portraits of the locations he paints.