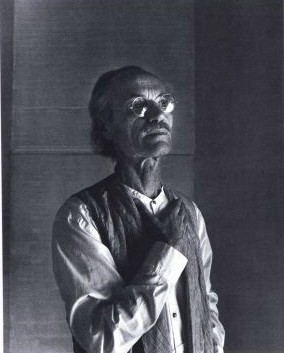 France
1918 - 1988
Born in 1918 in Sathonay in the Ain region, France.
Died in Paris in 1988.
Jean Degottex began to paint around the age of twenty. In 1949, his first exhibition was put on by Denise René, who had championed the abstract avant-garde movement since the war and was to become the most important dealer of the new Paris school of art in the fifties. In 1952, his work was shown at the Maeght gallery as part of the Mains éblouies show. In 1953, his work was shown as part of the Younger European Painters exhibition at the Salomon Guggenheim Museum in New York. Throughout the decade, along with Simon Hantaï, he pioneered a lyrical abstraction which was to become a major influence on the New York School. Around this time, he became interested in writing and Zen philosophy, with canvases filled with large, quasi-calligraphic brushstrokes against increasingly neutral backgrounds. His work on paper from this period, bearing witness to these new interests, includes a discourse on the presence of colour. A tireless innovator, Degottex's exploration of abstraction encouraged him down new and ever more personal paths.