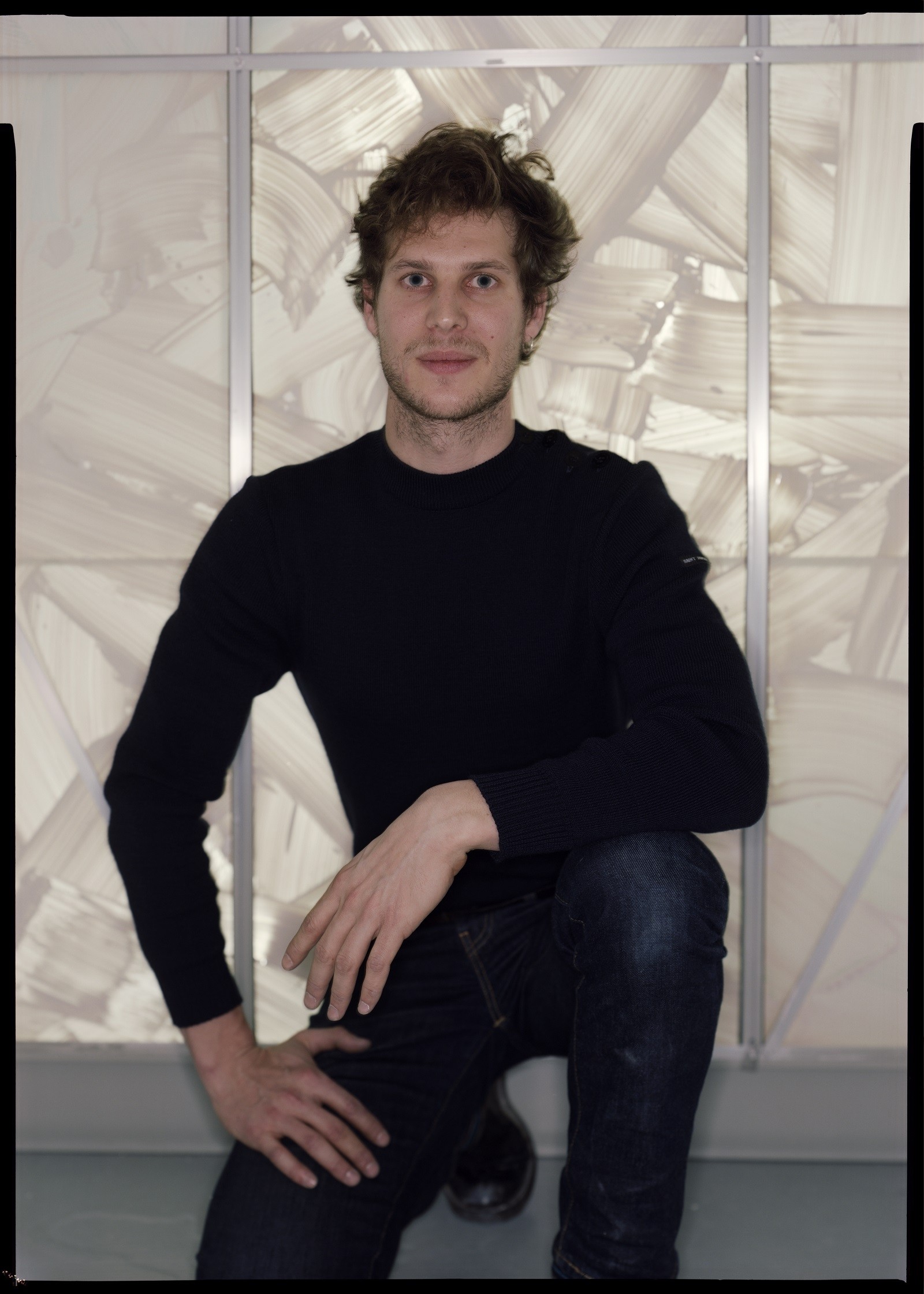 
After his studies at the Fine Arts School of Nantes, where he now lives and works, Justin Weiler graduated from the Beaux-Arts de Paris in 2017. For a while, he was the artist in residence at the Académie de France in the Casa de Velazquez, in Madrid. He presented his work in many solo and collective exhibitions in France, China, Cyprus, and Luxembourg and received several awards. His practice with Indian ink revolves around the colour black and is part of a constant reinterpretation of pictorial questioning, materiality, and physicality. Through everyday motifs – awnings, shop windows, iron curtains, glasshouses, screens – the artist's works create threads and cuts that shift the painting's frames.