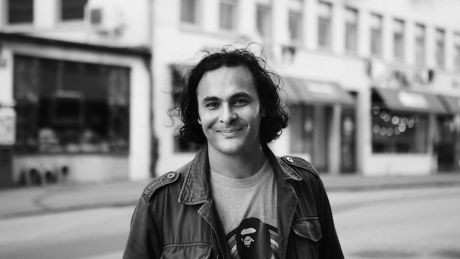 France
Born in 1970
Kader Attia grew up in Garges-les-Gonesses and Sarcelles, in the cosmopolitan and multi-cultural environment of urban areas with large black African, North African, Muslim and Jewish communities, and worked on the market stalls of Sarcelles from the age of 11. School seemed boring compared with this hive of activity, but like many children of his age, Attia entertained himself during lessons by drawing in the margins of his exercise books. His talent was spotted by a teacher, who took him to the open days at the University of Applied Arts in Paris. Having found a new enthusiasm for his studies, he obtained his baccalauréat, then attended the Duperré art school, before spending a year at the Barcelona University of Fine Arts (1994), and two years in the Congo, where he discovered African sculpture.
Since then his creations have alternated between installations ("La machine à rêve" 2003 Venice Biennale and "l'Atelier clandestin" 2004 Art Basel Miami Beach), videos ("Shadow" Video Zone, Tel Aviv 2004) and photography ("Alter Ego" Sketch Gallery, London 2005). Kader Attia's works interweave symbols and references, producing a wealth of different meanings, whose eloquence is always striking.