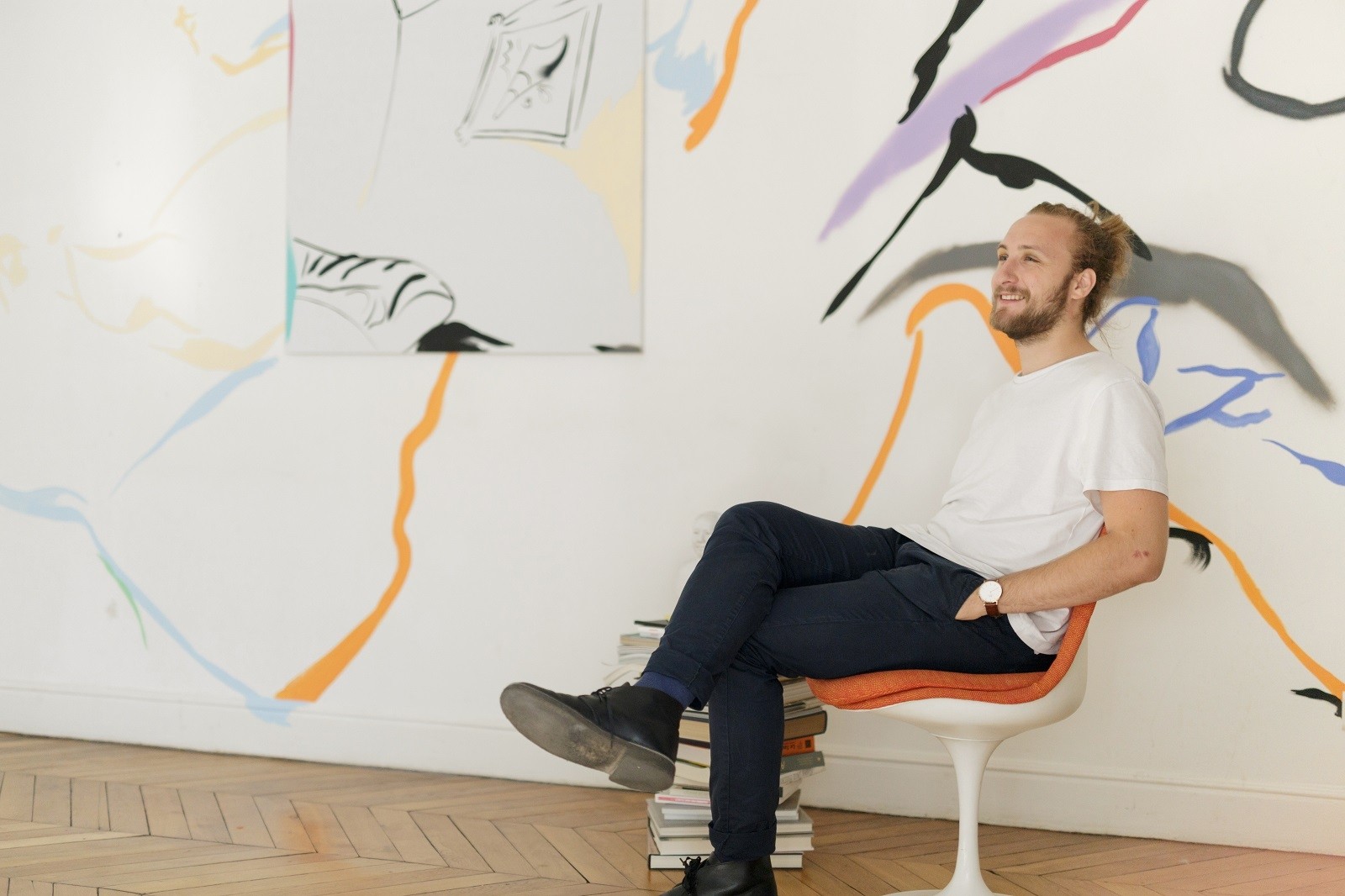 Having graduated from the Arts Décoratifs in Strasbourg in 2014, Louis Granet lives and works in Paris.

His artistic practice is rooted in the links between cartoons and painting. The artist has developed the techniques and codes learned from the cartoon genre, and applies them on several different media. Signs, lines, and shapes represent the starting point of his aesthetic research. The re-appropriation of images and superimposing them has a tendency to disorient the public: the onlooker is confronted with not only abstract forms but also figurative and physical images.

The variety of forms and materials used, as well as the different perspectives, create multi-layered compositions which suggest the keys to a number of interpretations.