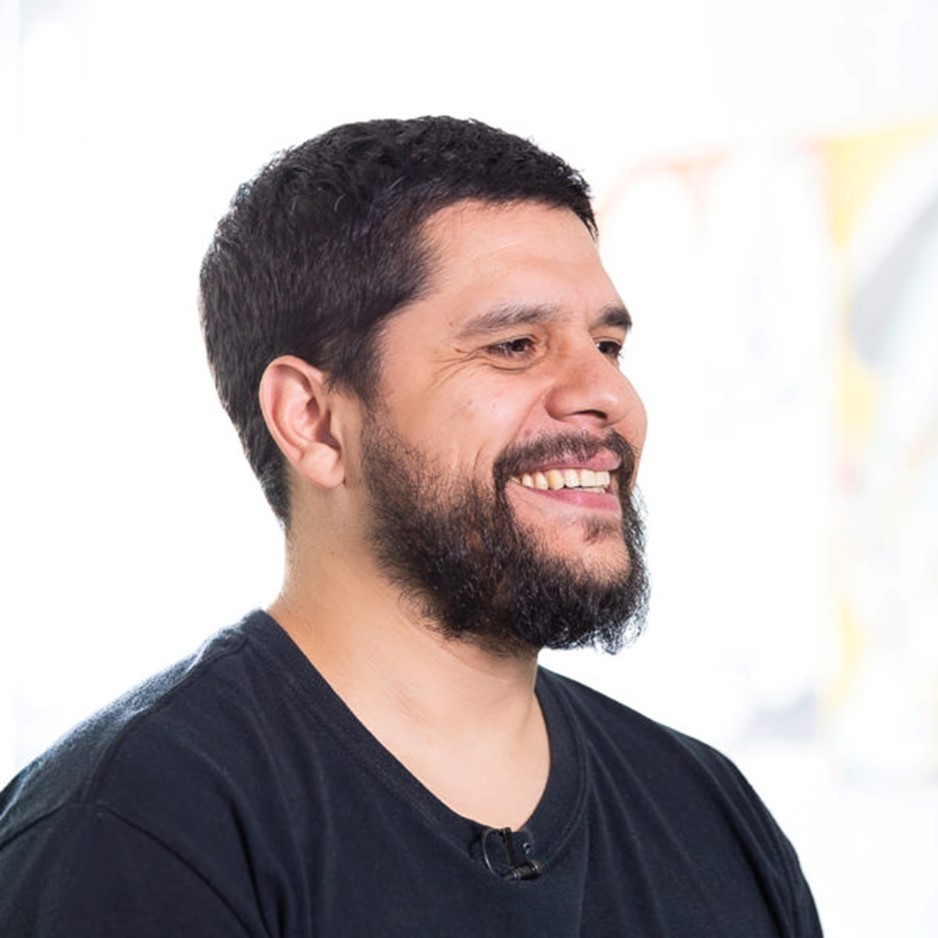 France
Born in 1984
From his father, a construction painter, Mario Picardo inherited a taste for construction material, that he favours over the one used for fine arts, and a certain predilection for rigour. During the time he spent in his father’s truck, a true travelling studio, he developed a liking for the optimisation and recycling of both materials and spaces.

The urban environment is a source of daily inspiration for Mario Picardo. There, he films, photographs, and collects traces of our society that he stores in a library of signs and shapes: the many drawings filling quantities of notebooks. It is from these plentiful harvests that Picardo, influenced by semiology, American painting, and 90s pop culture, paints.