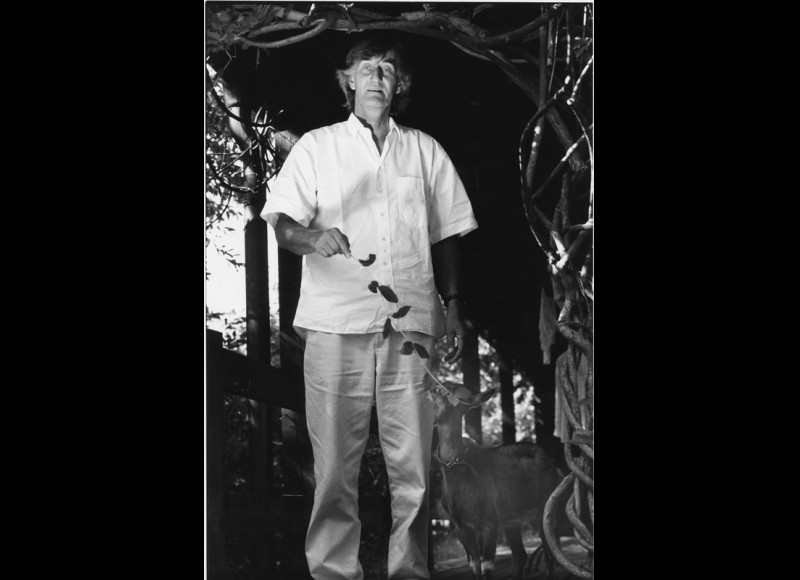 Germany
Born in 1937
Born in 1937 in Lauf in Bavaria, Germany.
Lives and works in Riedering, Bavaria.

Nils Udo was born in Bavaria on the eve of the Second World War. Starting in 1955 he studied graphic arts in Nuremberg, before becoming a painter. In 1972, he stopped painting, considering it to be too artificial, and decided to act directly on nature, "the ultimate source" according to the artist, before returning to the pictorial medium in 1989.
Nils Udo is part of the international Land Art movement, although his works differ from those of artists such as Robert Smithson or Christo, in their modesty and evanescence.The initial phase of observation is followed by the compositional stage, during which Nils-Udo rearranges his found elements, places flowers on water, weaves carpets of berries or plants bamboo interspersed with other species.