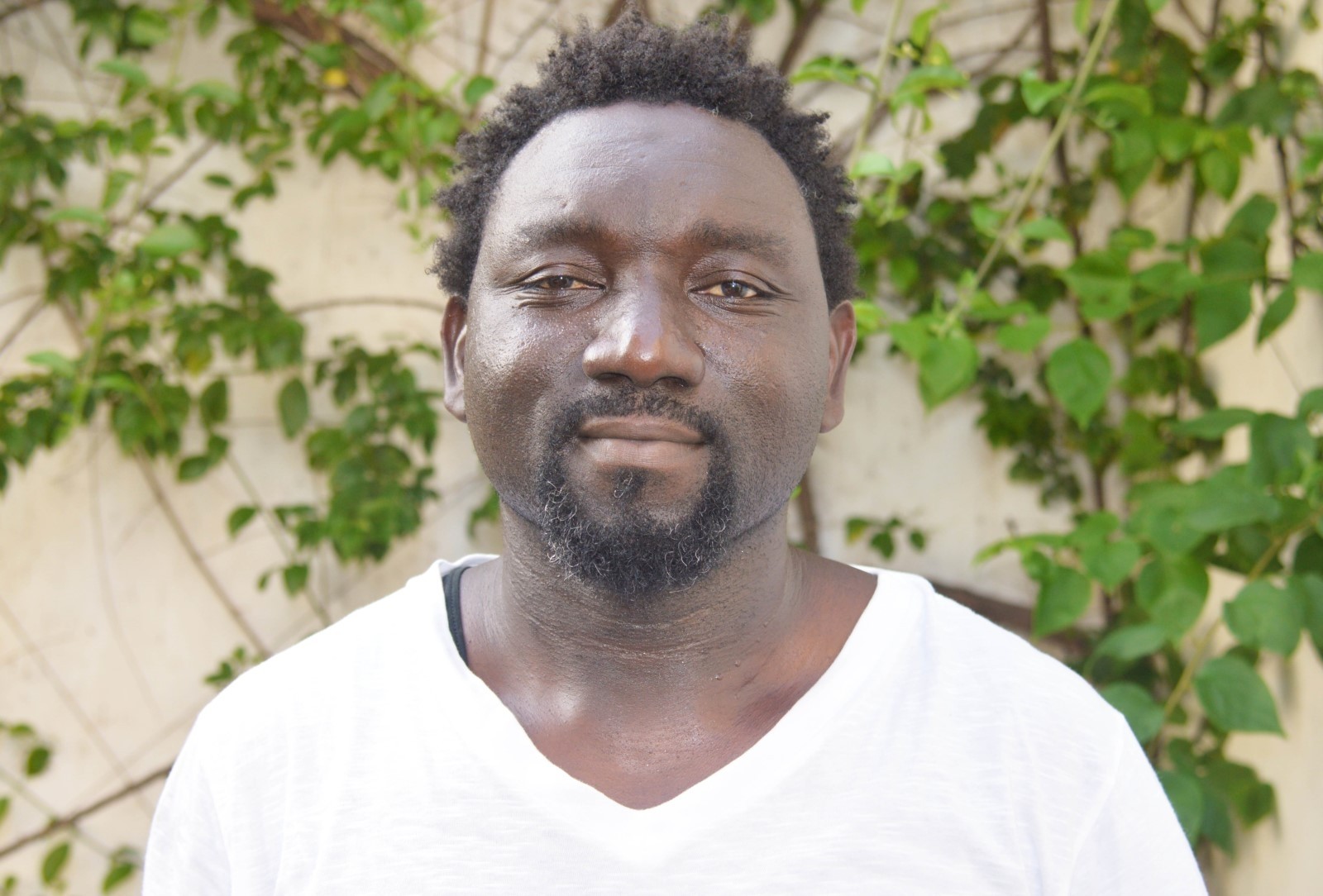 After graduating from the École Nationale des Beaux-Arts in Dakar in 2002, he travelled to Bonn, Germany, to participate in a symposium on colour language. After returning from Germany, he participated in several exhibitions in Senegal before flying to Switzerland, where he has been living since 2003. He then studied for a postgraduate degree at the École Supérieure des Beaux-Arts in Genève. Afterwards, he attended the École Cantonale d’Art Visuel du Valais in Sierre, Switzerland from 2009 to 2011. There, he caught Guy Bärtschi’s attention. In 2011, he received the Swiss Art Award.

After settling in Geneva, Omar Ba decided to give up on abstraction in order to dedicate himself to figurative and narrative painting. Profusion is very important in the artist’s work. He uses a wide array of techniques and materials. On black painted backdrops, he often depicts political and social subjects open to multiple interpretations. His main sources are to be found in African culture and in power and authority issues.