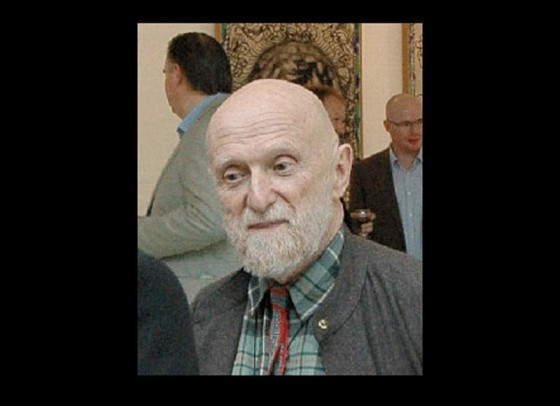 As a young artist, Alechinsky was a member of the COBRA group (Copenhagen, Brussels and Amsterdam).
The paintings he produced at that time depict a multitude of characters. They already demonstrate his taste for sarcastic names for his work.
In the 1980s he began creating small sculptures made of clay and ceramic, and worked in particular with masses of earth, as in Exit presented here.
Since the early stages of his career as a member of the breakaway CoBrA group in 1949, Alechinsky has retained his lifelong desire and need to wander off the beaten track. Over the past fifty years, his oeuvre and instantly recognizable style—a graphic synthesis of Surrealism, Expressionism and Japanese calligraphy, with a hint of Action Painting—have earned him international renown. Venturing beyond the schism between figuration and abstraction, he has developed a singular visual
language based on ironic and enigmatic forms. Alechinsky is a draughtsman. He draws with his left hand. As a left-handed person once obliged to write with his right hand, he draws words, volcanoes and terrifying, nightmarish, polymorphous creatures; he draws on pieces of orange peel. Drawing is the art of asking questions, to paraphrase the artist.
Using the technique of ‘automatic writing’ inherited from the surrealists, he traces figures and patterns characteristic of a dream-like world, providing meaning and substance to the rippled surface of his works.