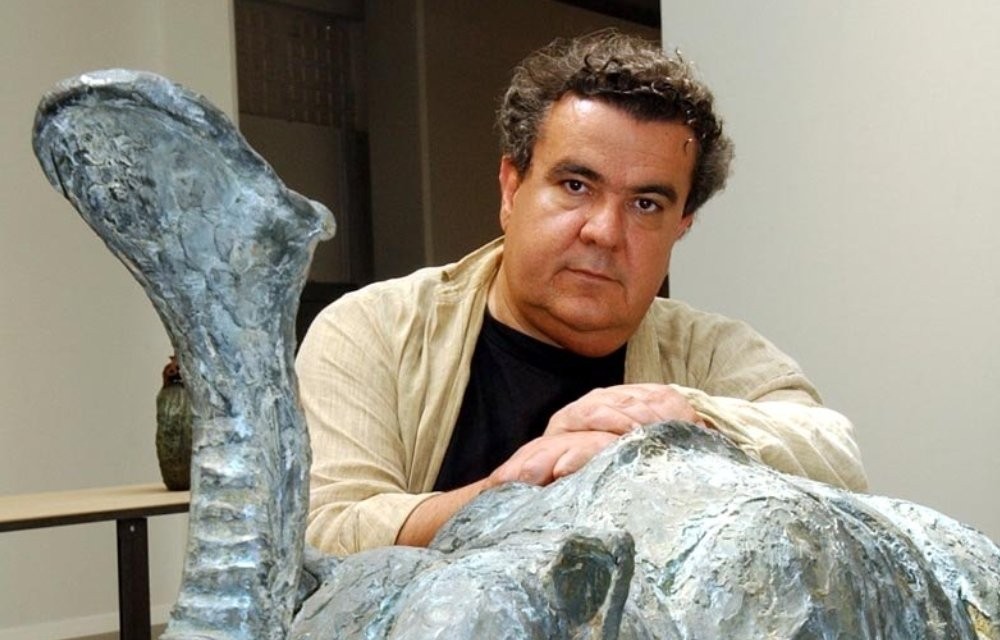 Richard Texier spent his childhood both on the Atlantic coast and the Marsh region around Poitiers, two worlds that would profoundly influence his work.

Texier began painting at the age of twelve. He studied in Paris and New York and after presenting his thesis in architecture, he devoted himself entirely to the visual arts.
Fascinated by travel, he developed his own cosmography based on old astronomic charts that combine mythology and archaism.