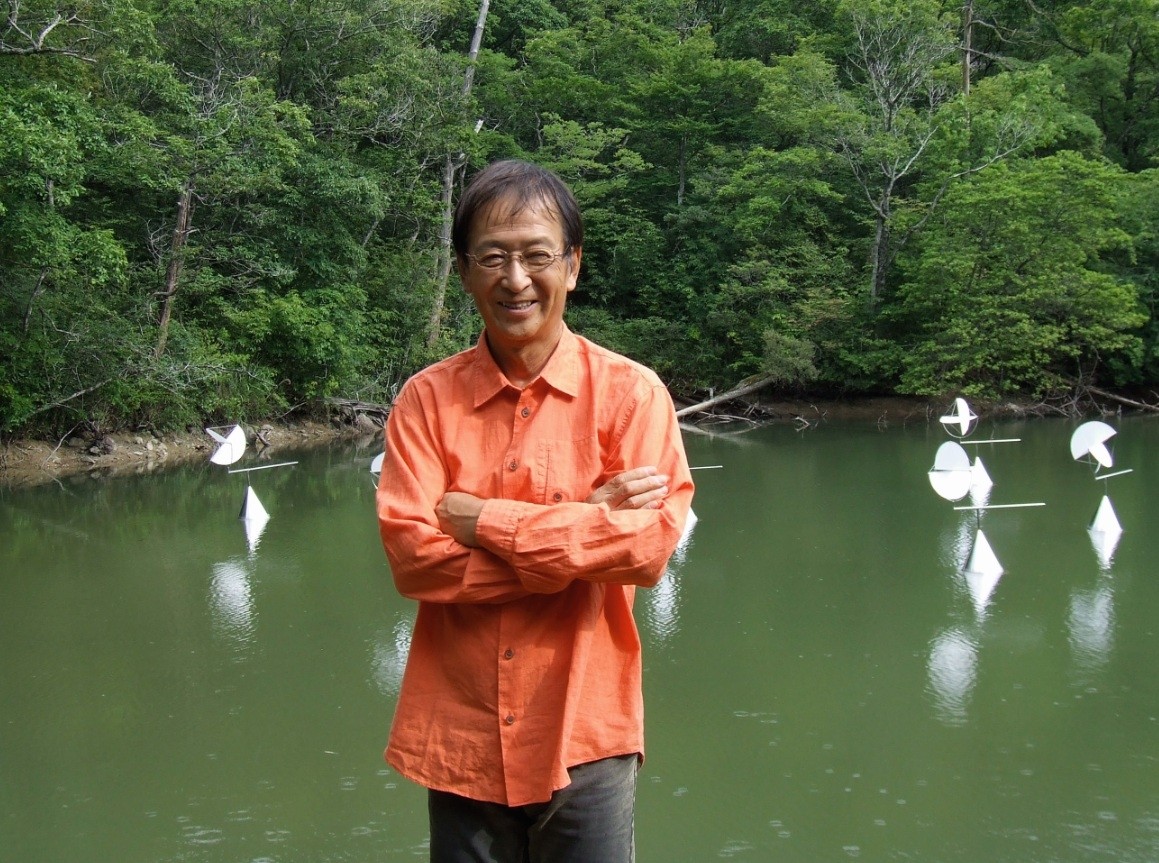 Lives and works in Japan.

The artist has collaborated at different times with renowned architects including Renzo Piano and Tadao Ando, with the stylist Issey Miyake and with choreographer Jiri Kylian.

For his 2000 and 2001 Wind Caravan project, Shingu sent 21 of his sculptures to six of the most isolated places on the planet, selected for their particularly windy climate and total lack of electricity.

The experience, together with an educational programme for children, revealed the intrinsic function of the sculptures at both the environmental level and for local populations.

Shingu is currently developing a self-sufficient utopian village called  Breathing Earth which will use the natural energy of wind, water and sun.

A documentary by Thomas Riedelsheimer, a German film-maker, called “Breathing Earth: Susumu Shingu’s Dream”, follows the artist's search to realise his project. It was shown at the Musée du Louvre in Paris on 24 January 2013 and it won the Prix du Jury at the 32nd Festival International du Film sur l’Art of Montréal in March 2014. An installation of 10 mobile sculptures was shown in the octagonal basin of the Jardin des Tuileries during FIAC 2012.