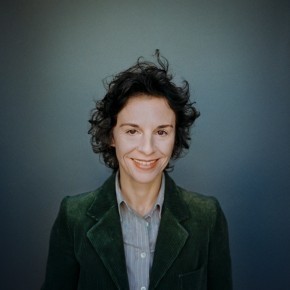 France
Born in 1964
Valérie Belin has a degree in philosophy of art from the École des beaux-arts in Bourges.
Since her first personal exhibition at the Xippas Gallery in 1998, she has exhibited her work regularly both in France and abroad—in New York, Cologne and Rotterdam, among others. Belin presents us with photos absent of any dramatization or affect, choosing as her subjects car scrapyards, crystalline objects, wedding gowns and inanimate faces.
Valérie Belin's work is strictly photographic, achieved without manipulation or staging, with perfectly identifiable subjects, treated via a clear protocol (close frontal vision, tight framing, no decor or context, highly contrasting black and white printing). Valérie Belin's portrayal of the photographed object is intensely radiograph, at the same time switching its appearance towards something else.
Valérie Belin chooses objects that she photographs for their "photogenic" quality, inasmuch as they are able to produce light, a clear, well-contrasting image, creating "a greater effect than the effect produced naturally".
In fact, she is only interested in subjects, the nature of which is closest to the photographic medium.
From dresses to pictures of brides, not forgetting car wrecks, mirrors, meat and bodybuilders, black women and shop window dummies, engines and Michael Jackson look-alikes, the artist uses them paradoxically by the manner in which she brings contradictory alliances into play between the image of an object suggesting a body and that of a disembodied body, transformed into an object.
Omnipresent in her entire work, it was initially there in an understated or even metaphorical manner and was later to appear in deliberately monumental clarity.