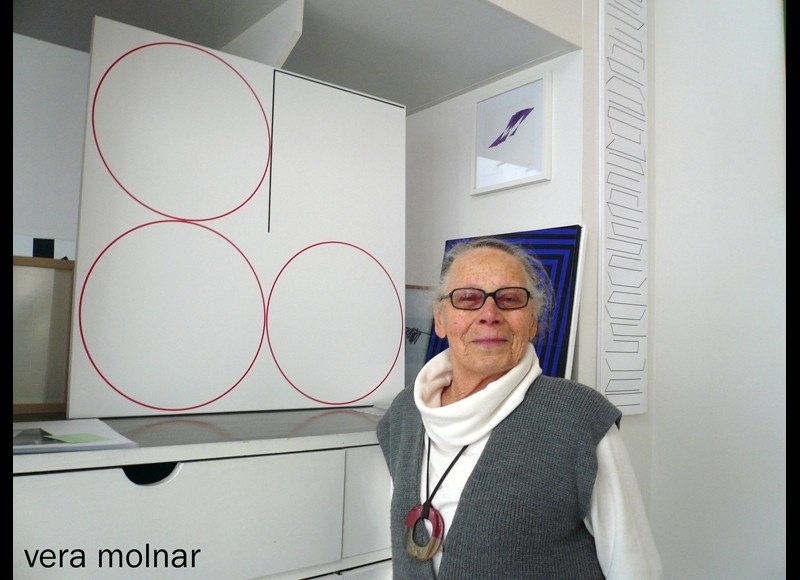 Vera Molnar received a traditional education at the University of Fine Arts in Budapest and qualified as a teacher of art history and aesthetics in 1947. She then left Hungary for France, accompanied by her husband François, and together with him produced a collection of abstract, geometric paintings, which most often were jointly signed. That was until 1960, when François Molnar permanently ended his career in the plastic arts to dedicate himself to scientific research on the visual arts. Vera Molnar went on to design programmes to systematically transform geometric shapes and became one of the first artists to work with a computer in 1968.