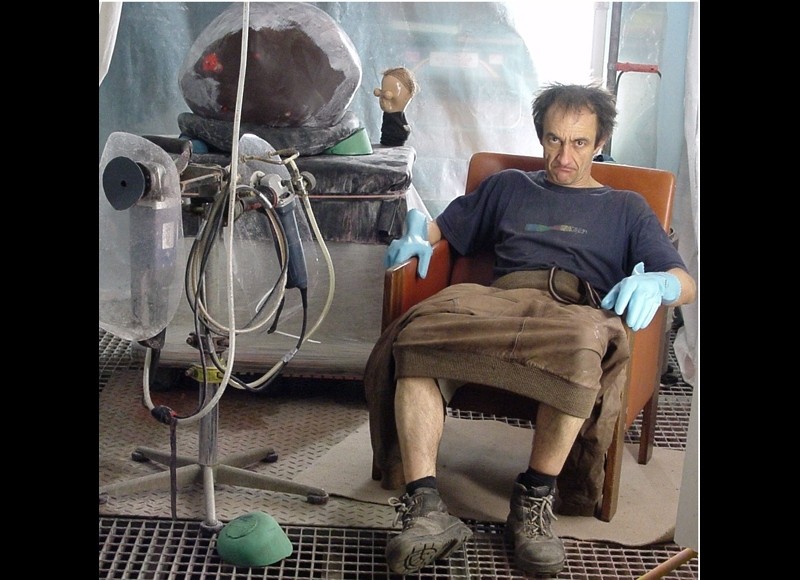 Wilhem Mundt was just over 30 when he made his first “stone” entitled Stein 001. Whether interpreted as meteorite, giant jellybeans or unidentified, post-historic objects, this modern-day scheme for recycling 20th-century ready-mades was launched by the Trashstones series in 1991. For the past two decades the artist has added new boulder-like episodes to the series each season. Mundt’s Trashstones owe their name to the way in which they were orginally made from the debris left lying around his studio. The artist still collects these various scraps of wood, packaging material, etc. and then shrouds them in layers of polyester and fibreglass. Could this be a metaphor for the end of (art) history?