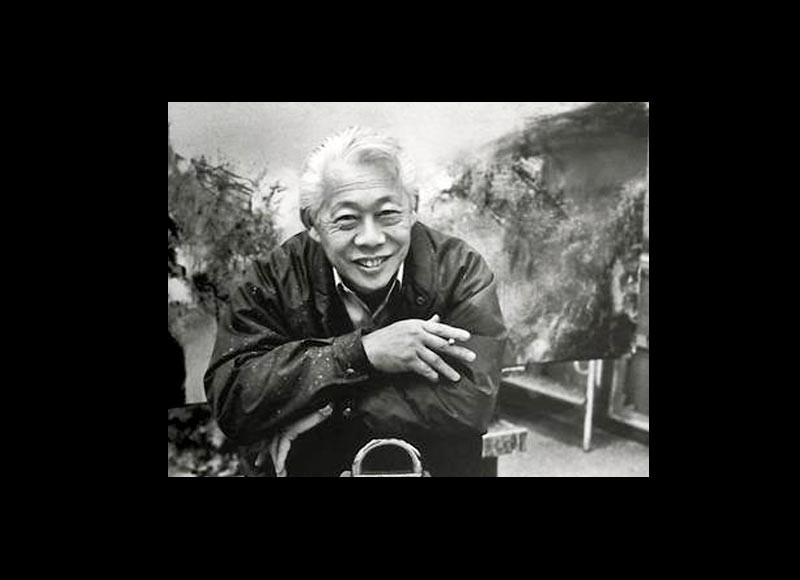 China
1921 - 2013
“Cézanne showed me how to find myself, how to rediscover the Chinese painter in me.” This statement in the form of homage sums up the contrast between East and West that runs through all Zao Wou-Ki’s works. On the one hand, there is his training in calligraphy from a very early age and the lessons he was given by Chinese masters; on the other, there is the influence of European painting.
The friendships he formed with Sam Francis, Riopelle, Soulages, Hartung, Giacometti and Vieira  da Silva, together with his discovery of the works of Paul Klee, in 1951, led to his permanent rejection of figurative painting. His Lyrical Abstraction mixes his Far-Eastern heritage with avant-garde western tendencies in cosmic visions that instead of seeking to reproduce forms seem to help painting emerge out of the original chaos.
Regarding canvases as the pages of a painter’s diary, Zao Wou-Ki uses the date on which they were executed as their title. There is a truly poetic sense emanating from his evocations of subtly lit, “atmospheric” abstract landscapes.