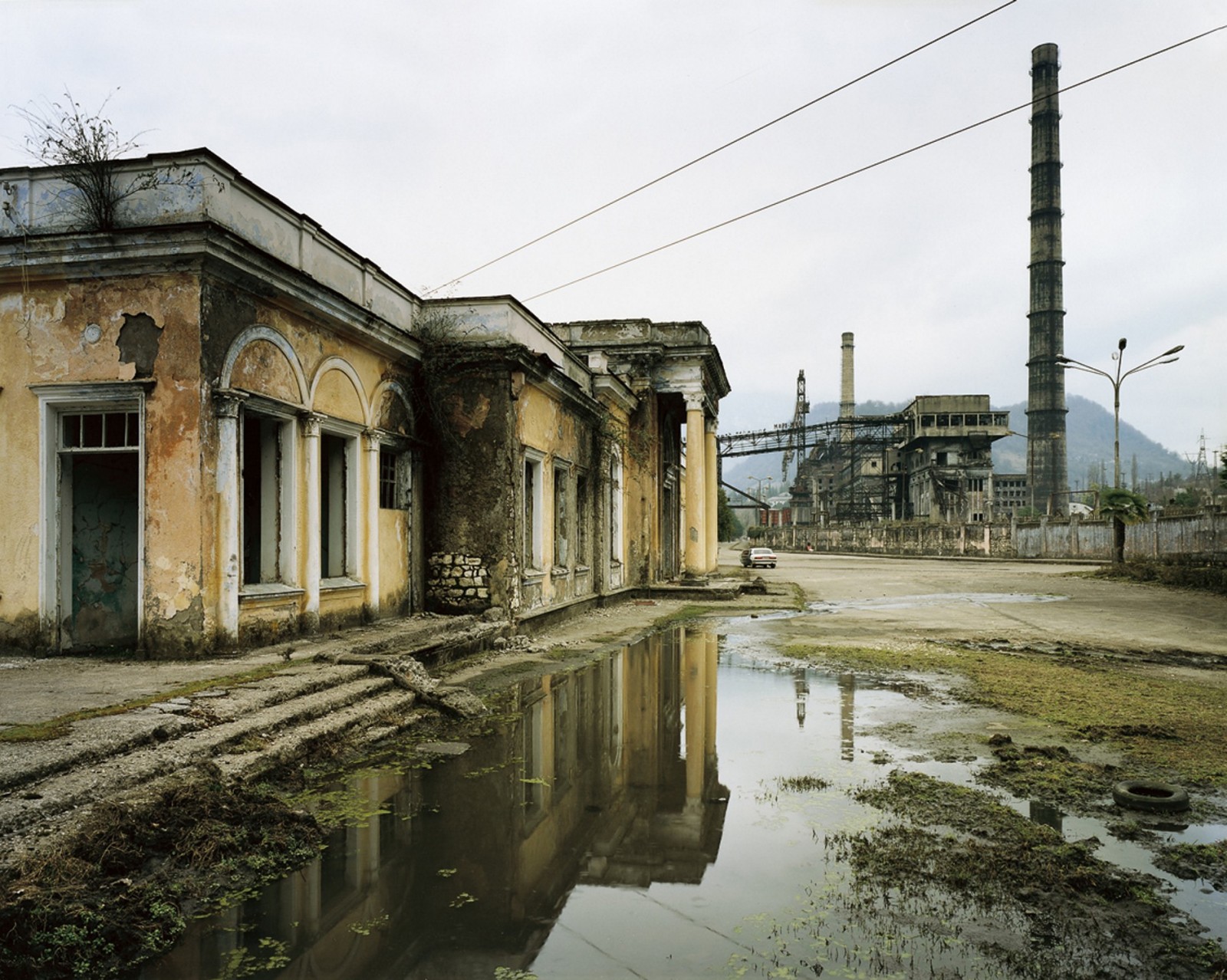 C-Print,  Diasec
Eric Baudelaire has regrouped his works under the title of Imagined states. The photographer visited Abkhazia, formerly a part of Georgia which claimed its secession 10 years ago. Abkhazia obtained its independence by force and has since been awaiting its formal recognition by the international community. Some 10,000 people have died in the conflict, which has led to the ruin of this tourist destination of the former Soviet Union previously known as the "pearl of the Black Sea".
Eric Baudelaire has his own personal vision of the country and his work is not a photographic report or documentary. Nothing appears to have changed in 10 years. The buildings destroyed by bombing have not been rebuilt, construction has come to a complete standstill and devastated seaside resorts lie empty. Only the surrounding vegetation continues

to grow.
This interminable wait is reflected in Baudelaire's nostalgic works which depict an abandoned landscape.