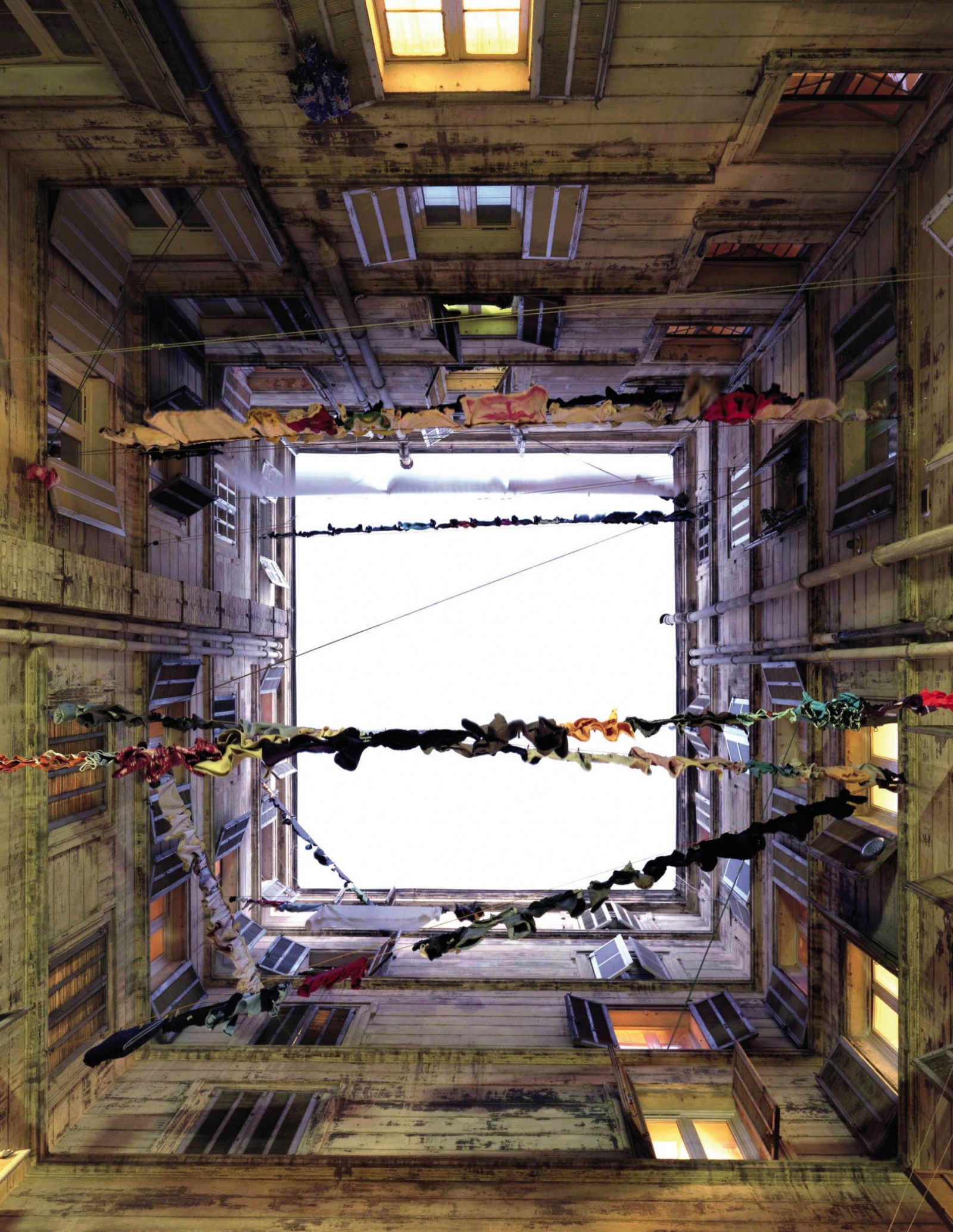 Marie Bovo's works are firmly grounded in reality, sometimes raising geopolitical and social issues, while strongly reflecting the literary and poetic inspirations influencing her thoughts and worldview. Each of her works reveals the dual dimension in her subjects, turning simple, specific situations into the expression of a universal aspect, where past meets present, and different cultures, particularly in the Mediterranean world, join together.

intérieures" (inner courtyards) looks at inner courtyards in the Belzunce areas of Marseille. The principle is noticeably the same as for her "Bab-el-louk" series, taken in Cairo, although this time the lens is turned towards the sky. The sky, which is literally framed by the walls of the buildings, giving these images a prison-like atmosphere, forms an intangible rectangle, a hole or vacuum that becomes full, an inaccessible means of escape. The quadrilateral suggests the white cinema screens of Hiroshi Sugimoto. It also conjures up the practice of ancient Roman augurs who would draw a virtual rectangle in the sky and count the number of birds who passed through it look for good and bad omens. It even suggests a good metaphor for photography, in the form of those light wells where the light attempts to draw in the rare photons that penetrate to such a depth.