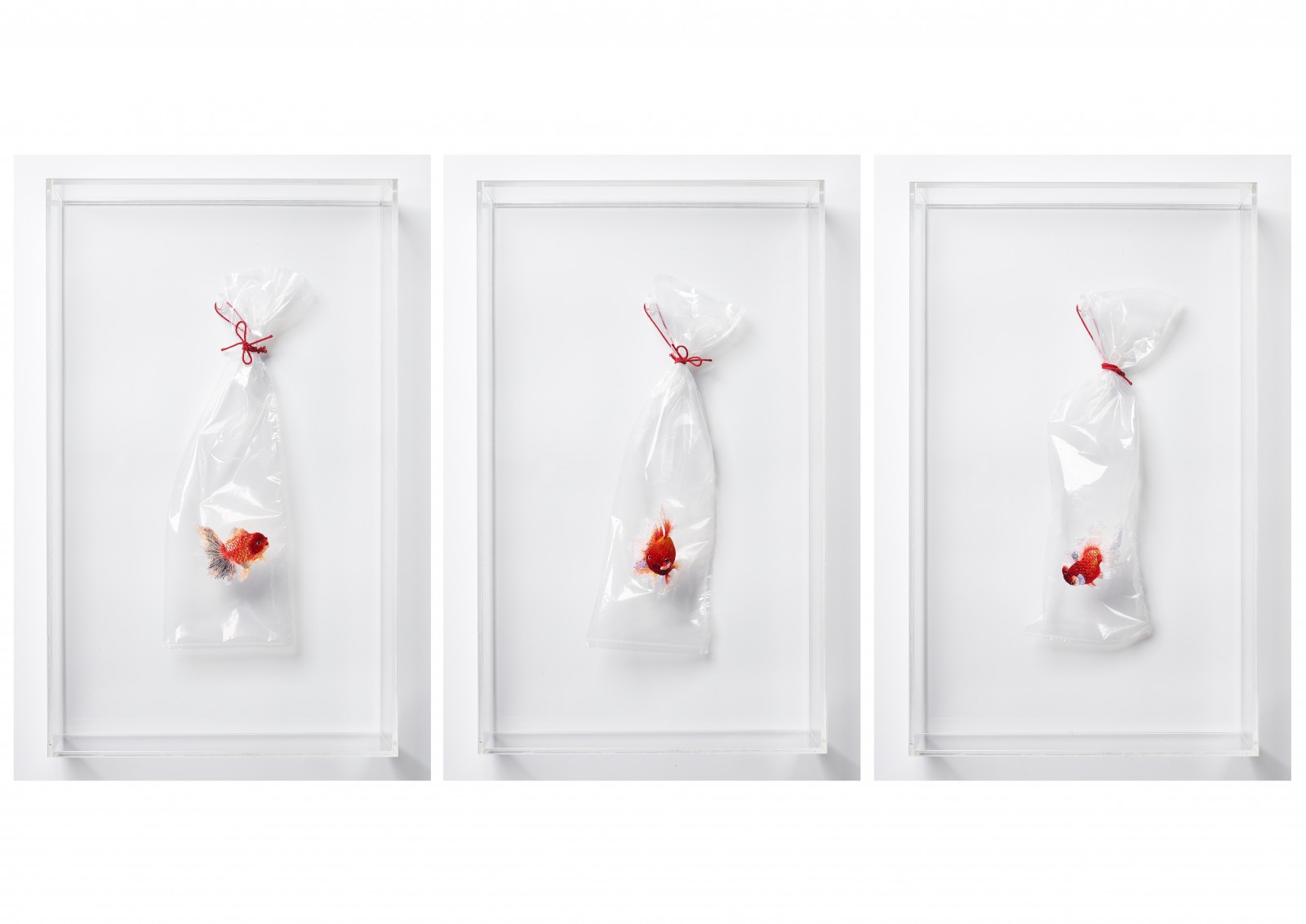 Plastic bags are widely used every day. In Goldfish Market (Tung Choi Street), a street market in Hong Kong that sells marine fish, reptiles, tropical freshwater and vivarium, a variety of fish are displayed in transparent oxygen-filled plastic bags.
Goldfish is also one of the most popular patterns in traditional Chinese embroidery. This has inspired her to think more along the usage of these plastic bags: can new usages be bestowed upon such single-use bags? Can traditional hand embroidery go beyond fabric?
To prove this concept, the artist sought help from a group of professional embroiderers from Suzhou, China to hand embroider a delicate goldfish onto each transparent plastic bag. Such innovative ideas, although, were rejected initially, the artist, after several conversations and discussions, managed to have convinced them to step out of their comfort zone and begin the collaboration. Such demanding techniques (embroidery on plastic bags), which require extra care and attention, slowly became more sophisticated after numerous failures.
The artist's concept and the embroiderers' involvement serve as a meaningful dialogue between traditional craftsmanship and contemporary art. The two parties have succeeded in applying challenging embroidery techniques on the fragile plastic bags, creating the exquisite, soulful goldfishes. This has also changed the function of the originally water-filled bags, and has led us to reflecting on the definition and social role of daily objects, a question the artist has spent many years exploring.