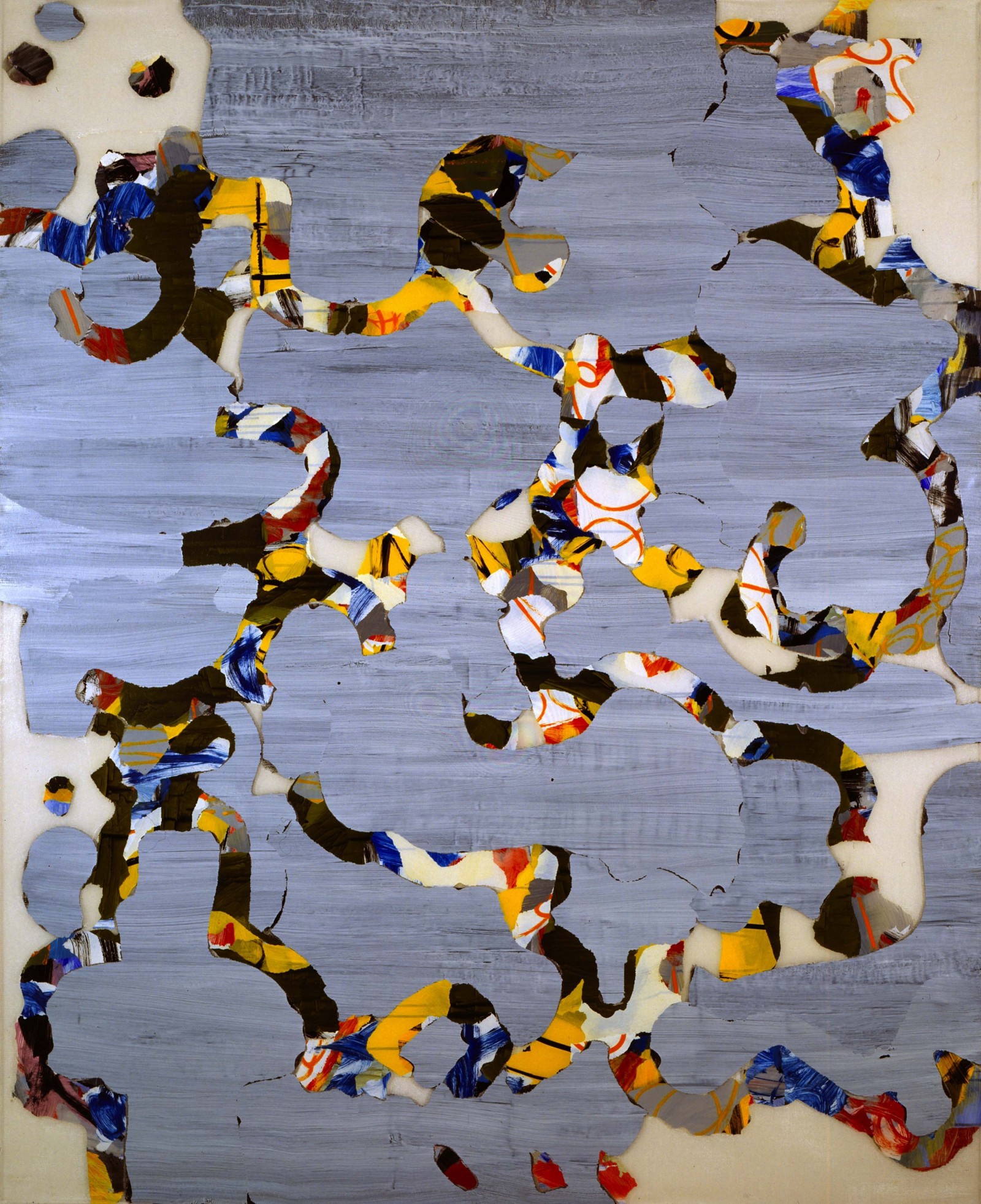 The artist began the Eureka series at the start of the 1980s, continuing to present day with Eureka VIII. Curves, spirals and waves give these works their stark graphical appearance. The colourful, tangled snake-like forms intertwine and overlap, bringing with them a definitive, chromatic richness that is unexpected from an artist whose approach is so strict and precise.
In Eureka V, colours are added and saturated; exhilarating colours are interlaced and stand out against a solid background, bringing them to the fore. The “method”, or Bonnefoi’s approach, creates a visual tie between different eras. Whether gestural, brimming with colour, exuberant like Eureka, or in keeping with minimal movement like Ja na pas, his paintings strike a balance in a constant flow between material, media, and stretching the surface to allow the “emergence of the visible”.