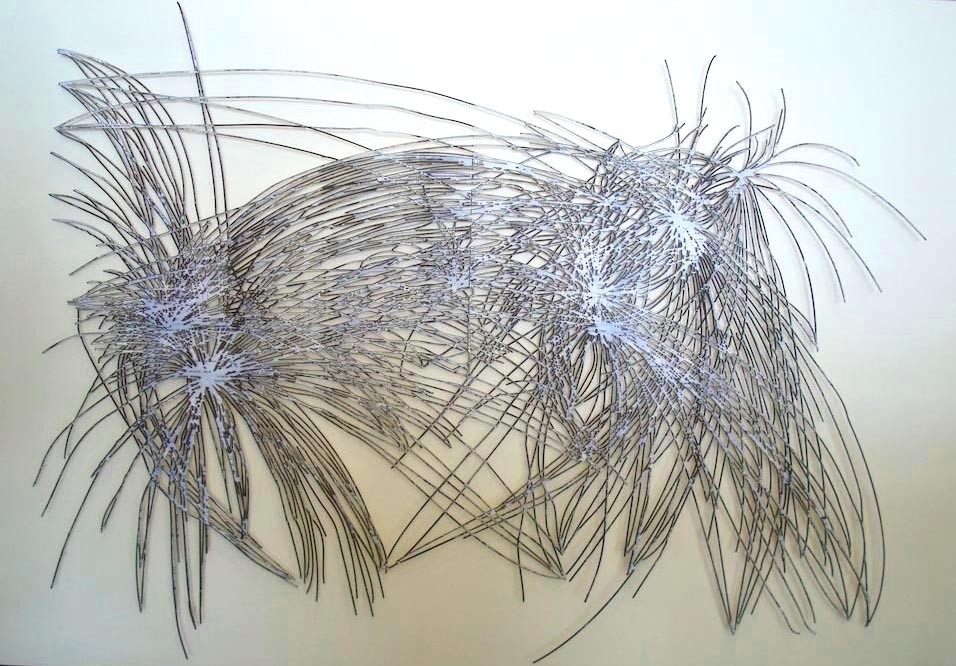 Whether through double nature or marvellous illusions, Lyndi Sales’ creations transport us to another place. By imposing a third dimension on one of nature’s most fragile materials – paper – her works make the viewer reflect on a closed world, portrayed in puppet theatres or immense laceworks held up by simple needles. Most often, the form resembles that of a monumental drawing where the paper left in reserve by highly detailed cutting presents the light and the material that has been removed presents the obscurity of the feature – except when it is the opposite because subtle shadow play adds to the illusion. Somewhere between genuine reality and a dreamlike world, each work has a story in itself where the symbolic contribution seeks to transcend.