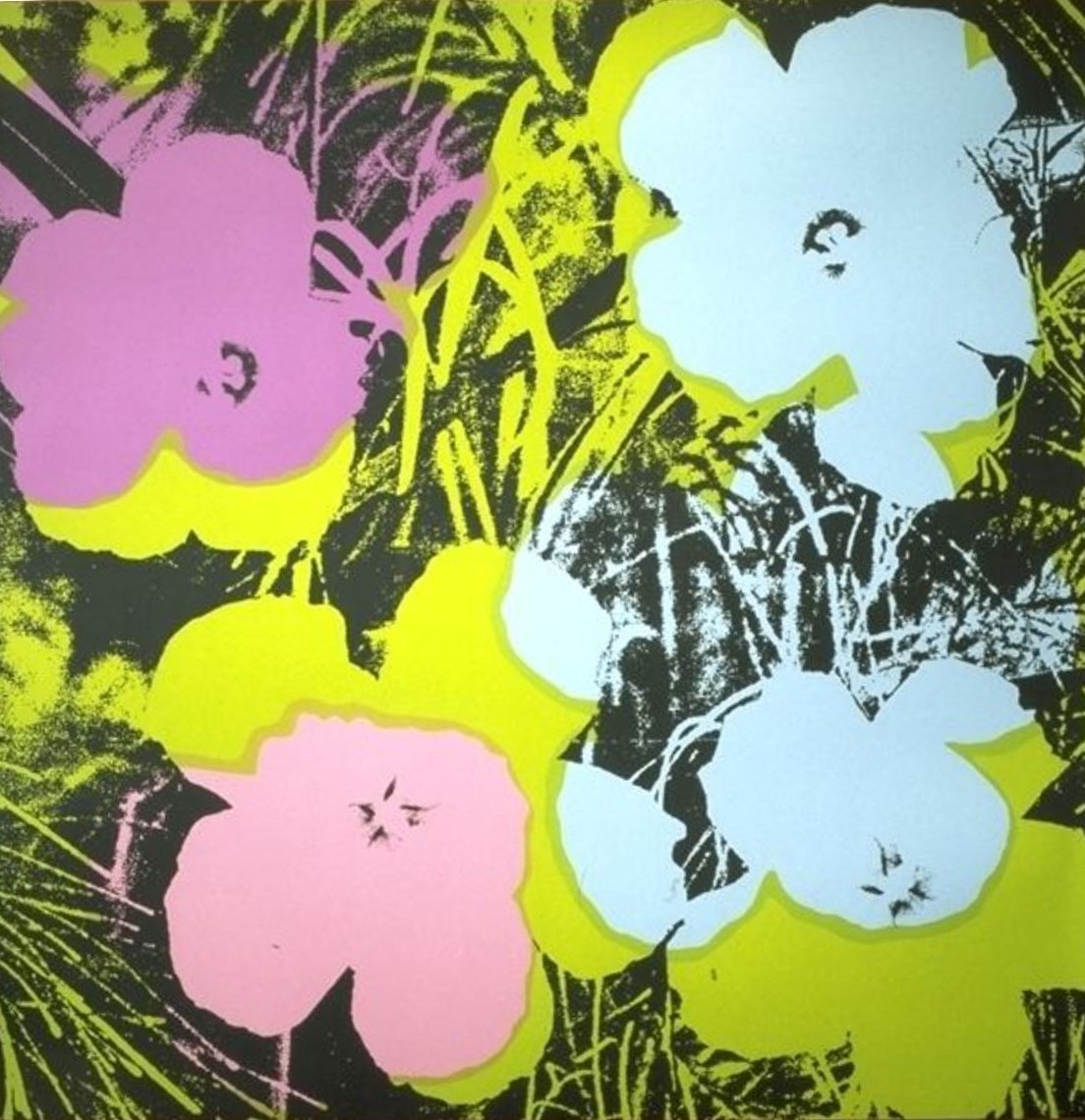 The gallery owner Leo Castelli used to say that without repetition, a Warhol was no longer a Warhol. In 1963, the artist adopted the technique of silk-screen printing, which became emblematic of the Pop Art movement. He used it for his celebrity portraits and other motifs such as these famous Flowers, the colourful symbols of the hippie counterculture of the 1960s-70s. Repeating and infinitely multiplying images as if to strip them of all meaning, Warhol invited spectators to question the whole concept of images, their power within the visual and performing arts society and the very notion of representation.