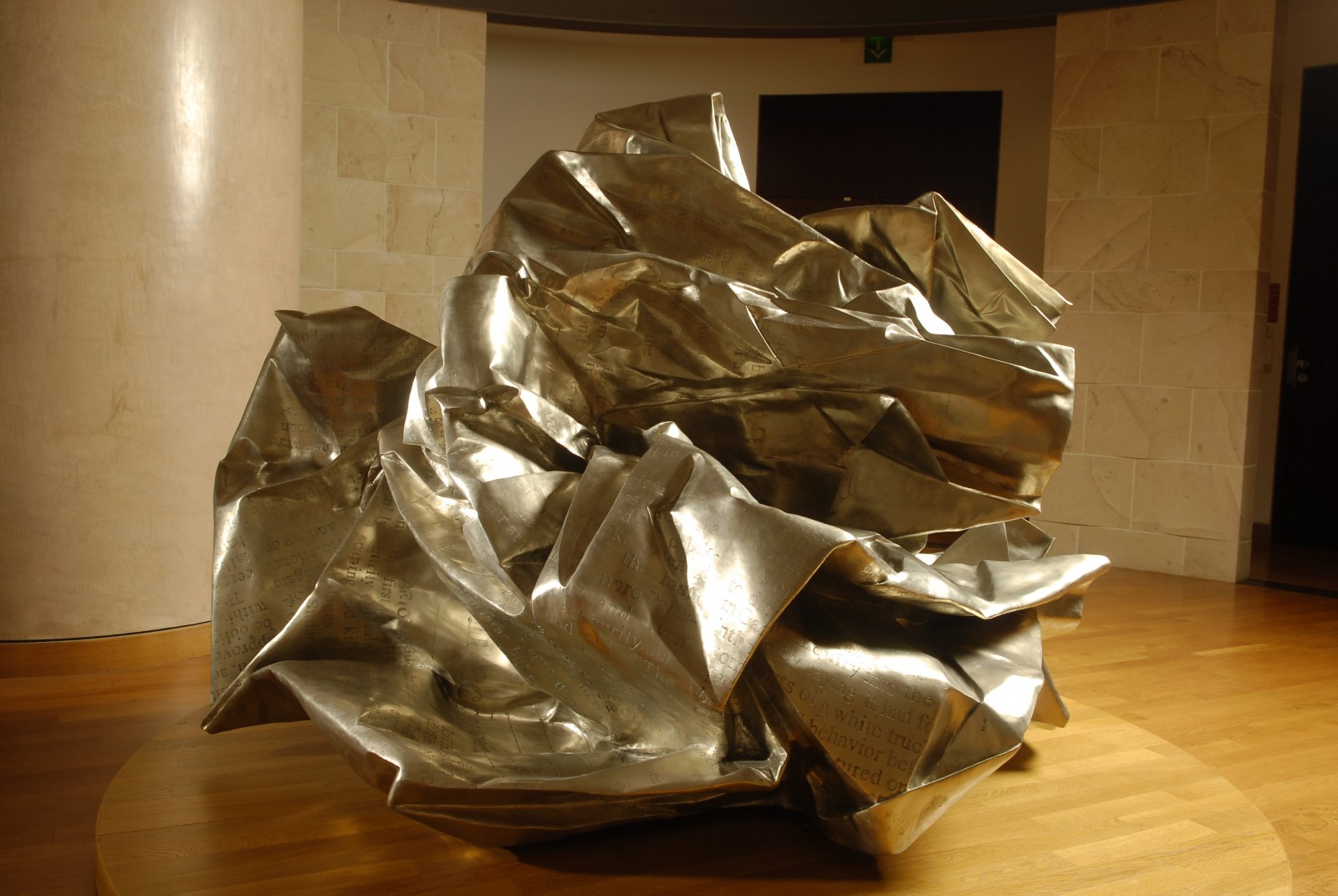 A metallic replica of a huge ball of crumpled newspaper lies on the ground. Published in Paris, the famous American daily newspaper is sold in 180 countries, i.e. across almost the entire globe. Quite a symbol.
“The bigger the better” sums up Wang Du’s approach to highlighting his obsession – the power of the media. The Chinese artist only discovered the information society when he settled in France in 1990 (after spending nine months in a Chinese prison following the Tiananmen Square massacre). His energetic, tongue-in-cheek criticism of media images through his own images is compellingly relevant to this contemporary argument.