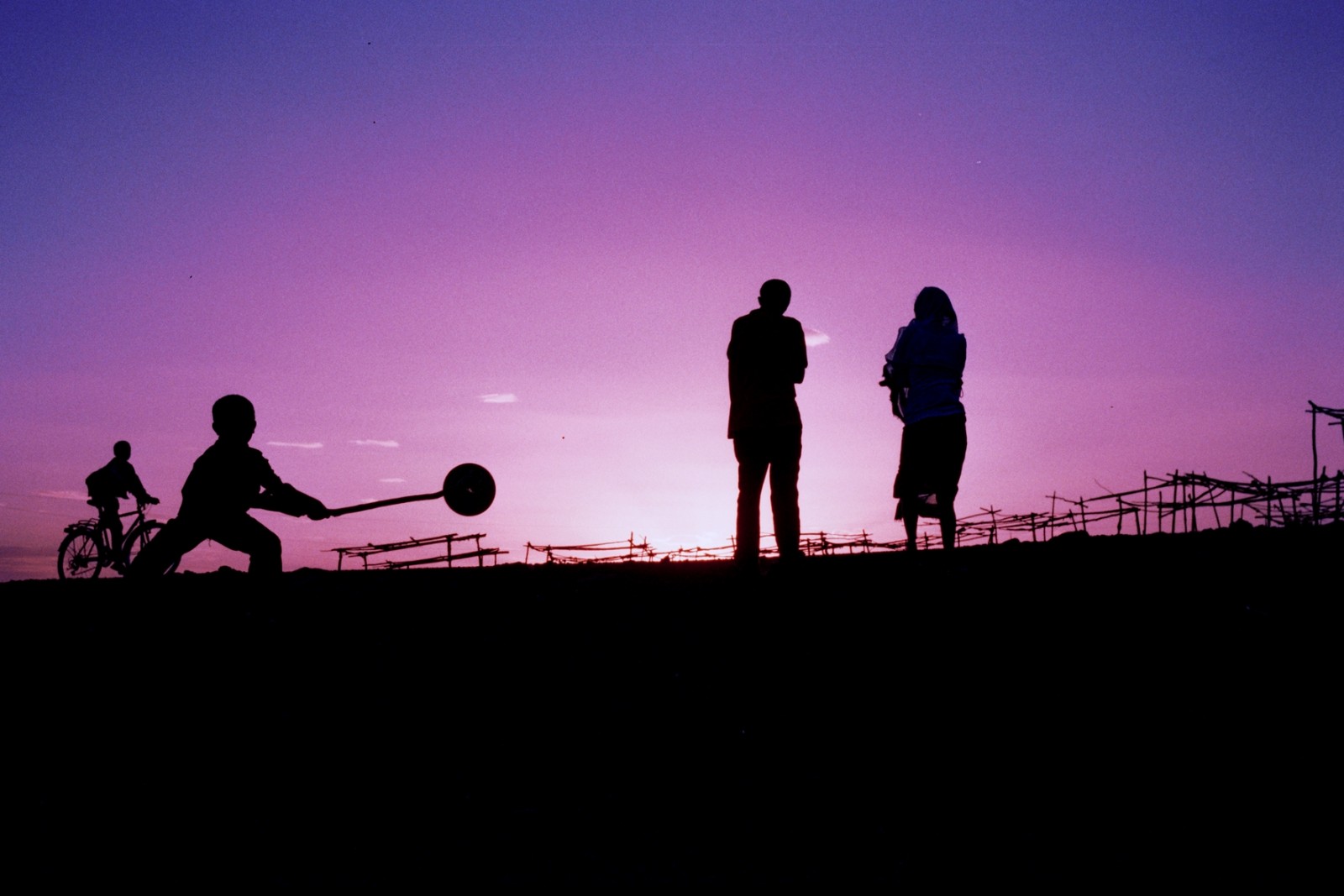 Hervé Saint-Hélier’s reworking of Jean-François Millet’s iconic painting, The Angelus (1858), shows the silhouettes of the man and woman with their backs to the spectator. The presence of the two children busy playing and the baby that the woman seems to be carrying in her arms cannot fail to recall Salvator Dali’s interpretation of Millet’s painting. Convinced that the two peasant figures were not only praying as the angelus bell rang out, but were meditating over a child’s grave, he persuaded the Louvre to X-ray the canvas in 1963. This revealed the presence of a child’s coffin in the foreground beneath the paint. Millet himself produced several variations of this work that also captivated (and inspired) Van Gogh.