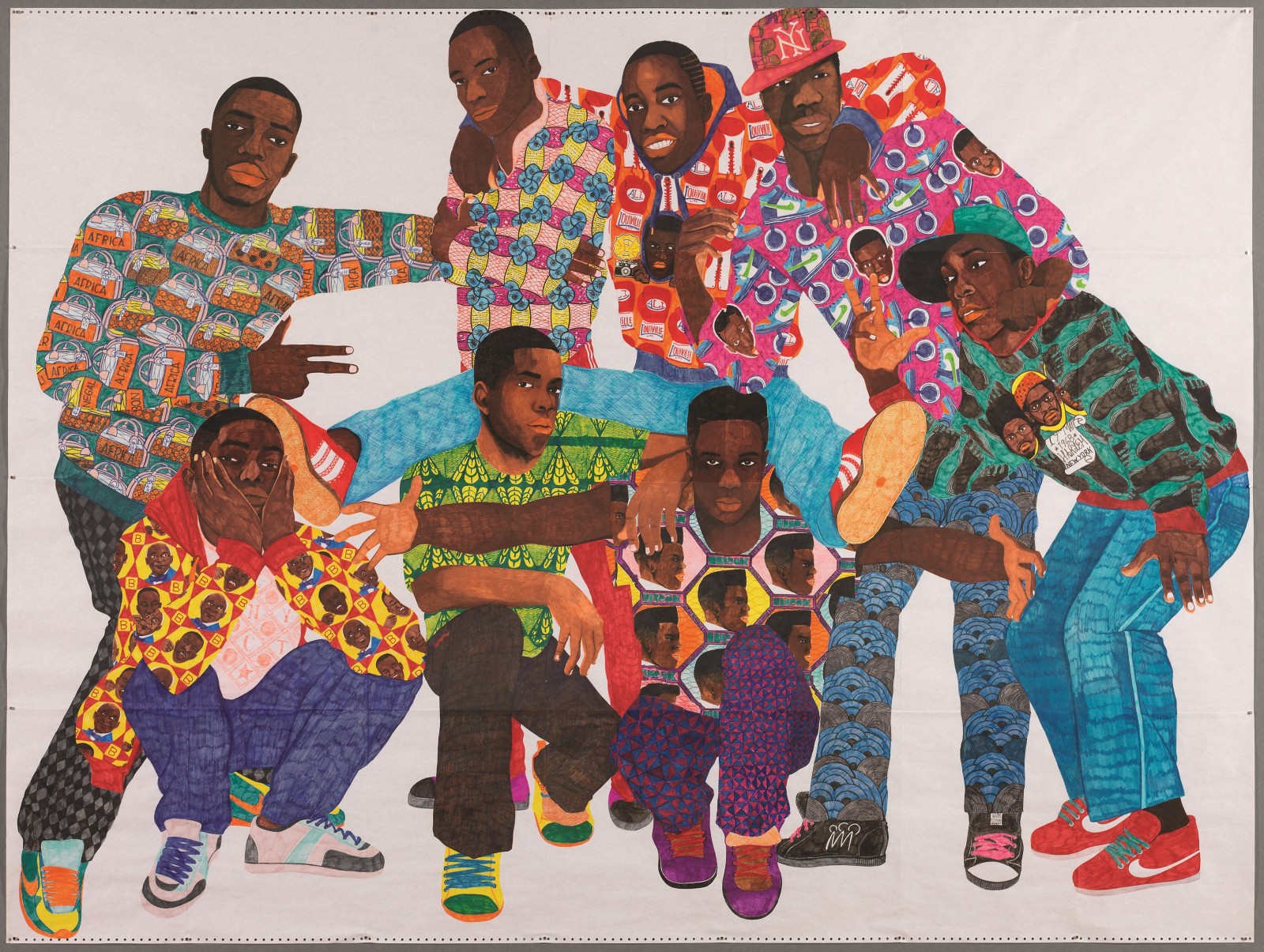 Since 2009, they have focused their work on the Papiers Ordinaires project. It is a figurative art piece – portraits centred on the theme of the melting pot of race and culture – and is a large-scale piece using only felt-tip pens. The entire project is composed of series. The sisters commence their study by exploring peoples of African descent, with those in the United States on one side (series 1 Les BouBoys), and those in Peru on the other side (series 2 Los Corazonegros). Each series projects the issue of identity in its plural form, and as a vast territory of mixed and shared culture.