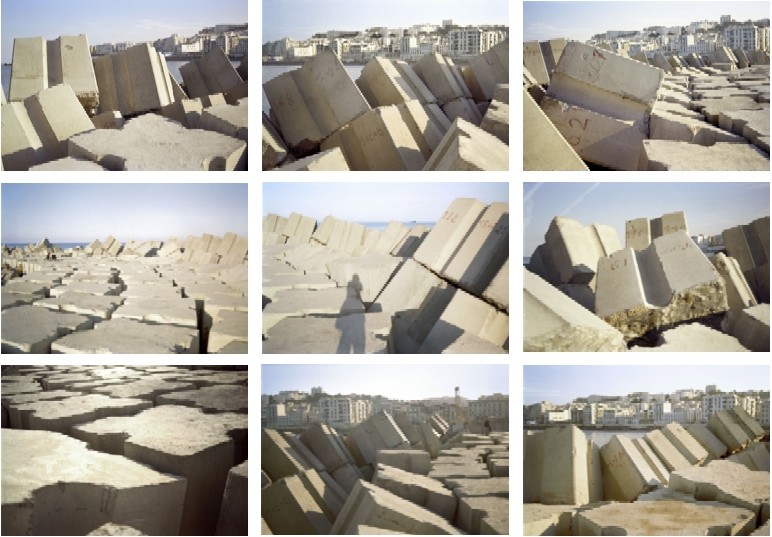 The photographic series "Rochers carrés" (Square rocks) explores the relationship between the concrete of the local buildings in the area of Paris where the artist lives and a beach in Algiers where he spent his childhood. This beach is covered in enormous blocks of concrete, known as the "rochers carrés" (square rocks) by the local population, and its architecture resembles the town plans of Paris drawn up by Baron Haussmann. The square rocks attract the town's young inhabitants, as a last barrier separating them from Europe and therefore from their dreams of a better life. Kader Attia has therefore drawn parallels between the two sides of the Mediterranean, the difficult existence of young Algerians reminding him of the struggles of young people in his part of France. In both places, young people express the same lack of hope for a better future and the same feelings of failure and suffering.