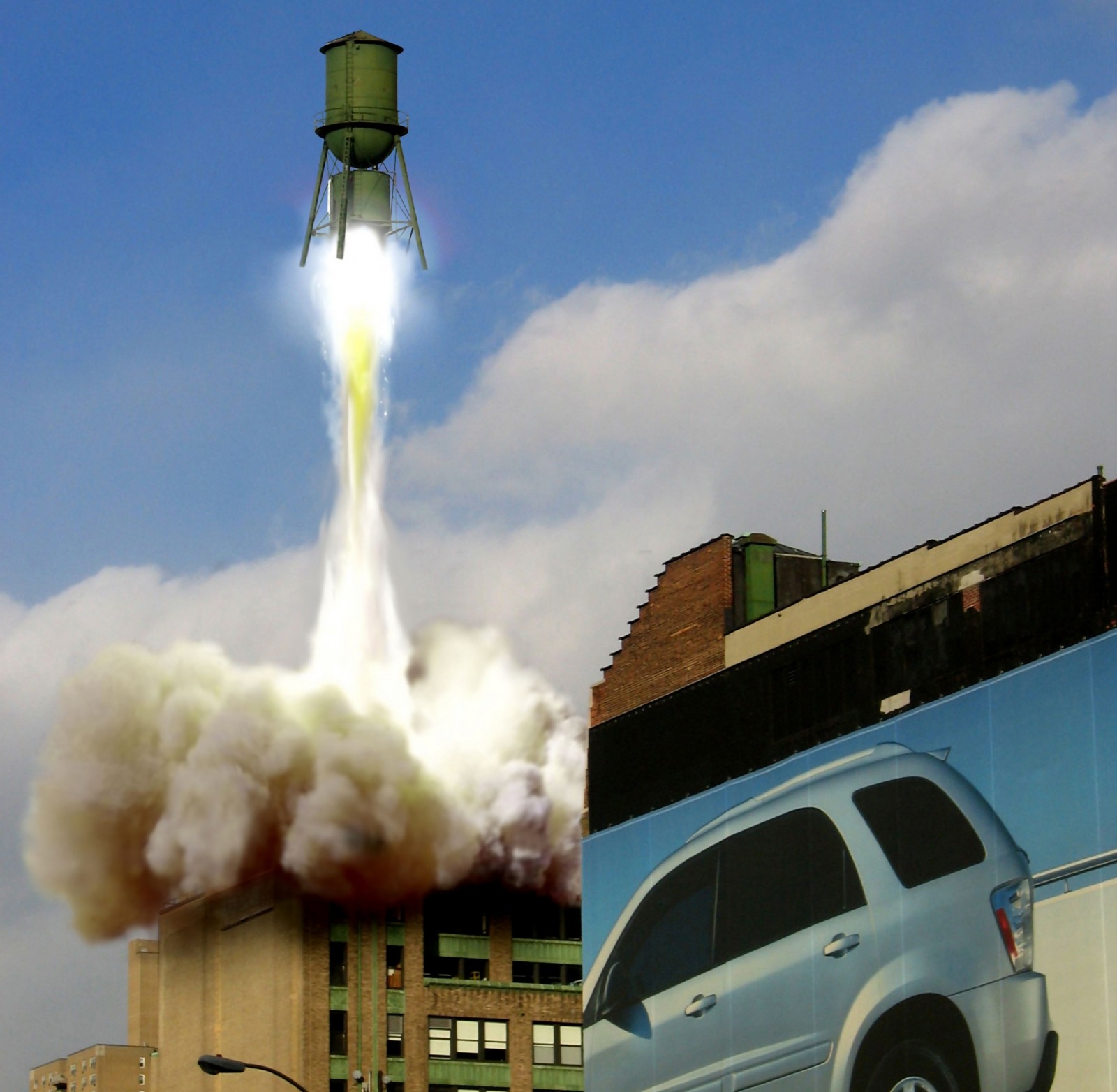 Gilles Barbier challenges reality and give us his take on the world via an enigmatic and absurd universe: he places us in a fictional world which he feels gives meaning to reality. The ambivalent nature of his work and the juxtaposition of ideas and interactions destabilise the viewer, and this sensation is heightened by the absence of all points of reference in the photographs, through the interplay of volumes, depths, reflections and superposing. Gilles Barbier presents us with a digital universe where reality is not real but rather a simulation of reality.

Resolutely frolicsome, Gilles Barbier’s digital universe confounds the spectator through the play of volumes, reflections, depths of field and superposition. Here, a New York water tower turns into a rocket.